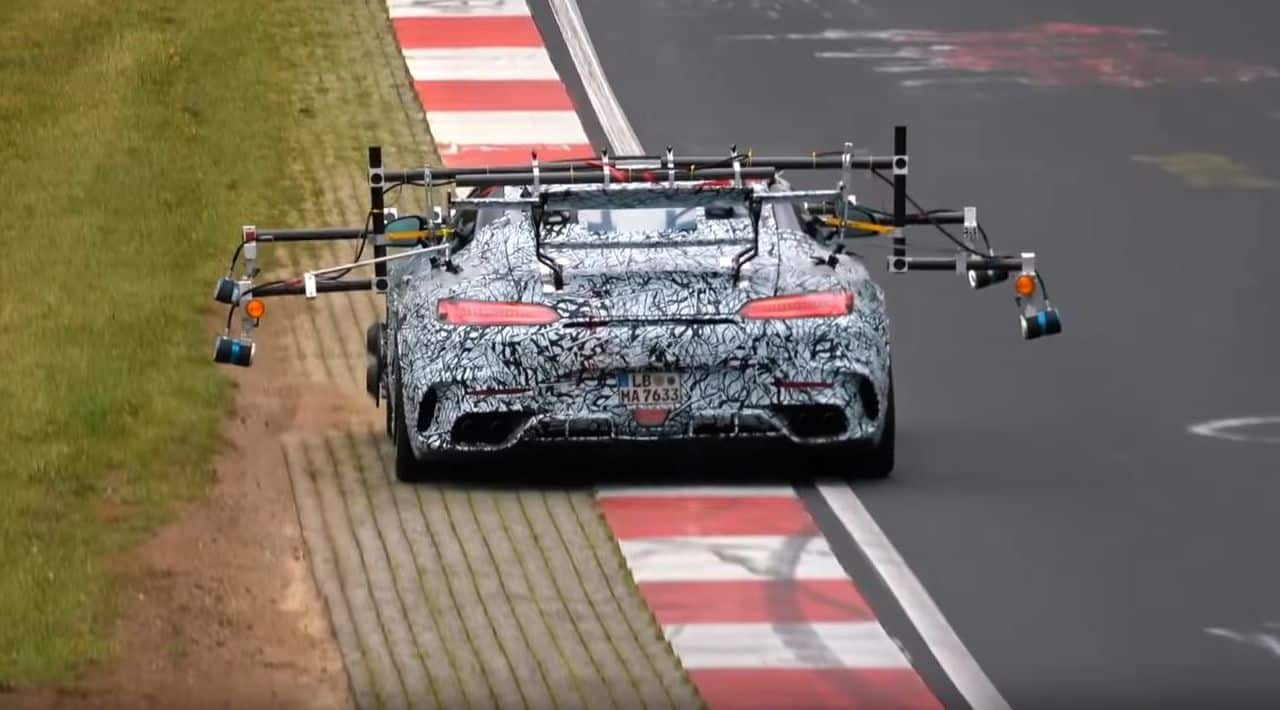 The Mercedes-AMG GT R Black Series popped down to the Nurburgring with a weird contraption for sensors and what have you.

The Mercedes-AMG GT R Black Series test mule has been seen at the track on numerous occasions in the past. However, this time, the car was fitted with a pair of sensors on both axles monitoring each of the wheels.

The Black Series is expected to be the most hardcore / track-focused version of the AMG GT. A closer look at this test car would reveal its sporty body kit, but you wouldn’t have strain your eyes to notice that ginormous rear wing. The front features a new bumper with two dive planes on either side. The splitter and the top dive planes appear to be adjustable, at least on the test car. Besides this, the bonnet has additional vents, presumably for cooling.

Now, the Mercedes-AMG GT R Black Series is likely to use a 4.0-liter, twin-turbocharged V8 engine and nothing fancy. However, the engine is expected to be tuned to produce somewhere around 700 hp.

On the chassis side of things, the AMG GT R Black Series is expected to get revised suspension. We can expect a more aggressive setup compared to the AMG GT R. It’s not built for comfort, but rather lap times.