We recently saw prototypes of a souped-up Mercedes-AMG GT and hoped it would be the Porsche 911 GT2 RS rivaling AMG GT Black Series. Tobiers Moers, head 0f AMG has now clarified that the car is coming but it’s still a few years away. The Black Series has been Mercedes’ hardcore performance models. It all started with the  SLS AMG Black Series. As for the prototypes, it’s difficult to ascertain if those are more than just AMG GT R mules.

Moers added that the hardcore Black Series won’t arrive until the end of AMG-GT’s life cycle and will obviously be a limited edition model. In terms of performance, Moers has reaffirmed the car needs to be a fitting successor to the SLS Black Series. “The GT R for sure chassis-wise is capable of more power. So yes, Black Series should always have a little bit more power but it’s not all about horsepower — it’s all about the handling, the performance on the track.” Moers said. 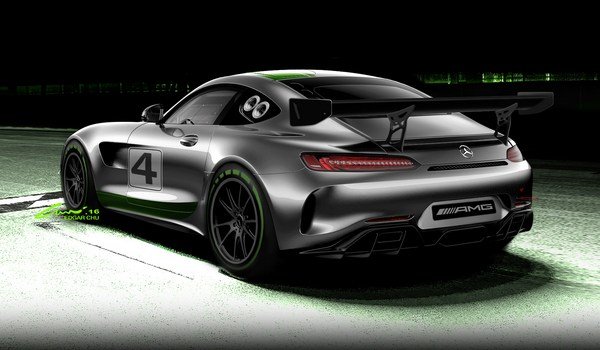 Expect the AMG-GT R Black Series to be powered by the same 4.0-liter, twin-turbo V8 dialed up to more than 600 hp. Also, a Black Series needs to be a light weight car. “Yes, we can do more. GT R is less weight than GT S so yes, we’re working on that. For Black Series it will be mandatory to reduce weight,” said Moers.

In case AMG GT R, if 577 hp wasn’t enough for you and you were waiting for the Black Series model, don’t get your hopes down just yet. Considering how old the AMG-GT has already become and fresh competition brewing in Stuttgart in the form of Porsche’s next-gen 911, expect the car to be replaced within 3 years from now. That brings the Black Series launch to be somewhere in 2019. Don’t forget to keep your cheque book ready; considering the popularity of the SLS Black Series, we are sure the car will be sold out before it is even announced.

We can’t wait to see what Mercedes-AMG does with the spiritual successor to the absolutely extreme SLS-AMG Black Series. With all the aero tweaks, optimized power-to-weight, The AMG-GT R Black Series should easily break the AMG GT R’s Nurburgring lap record for rear wheel cars. At least, that’s what we expect.