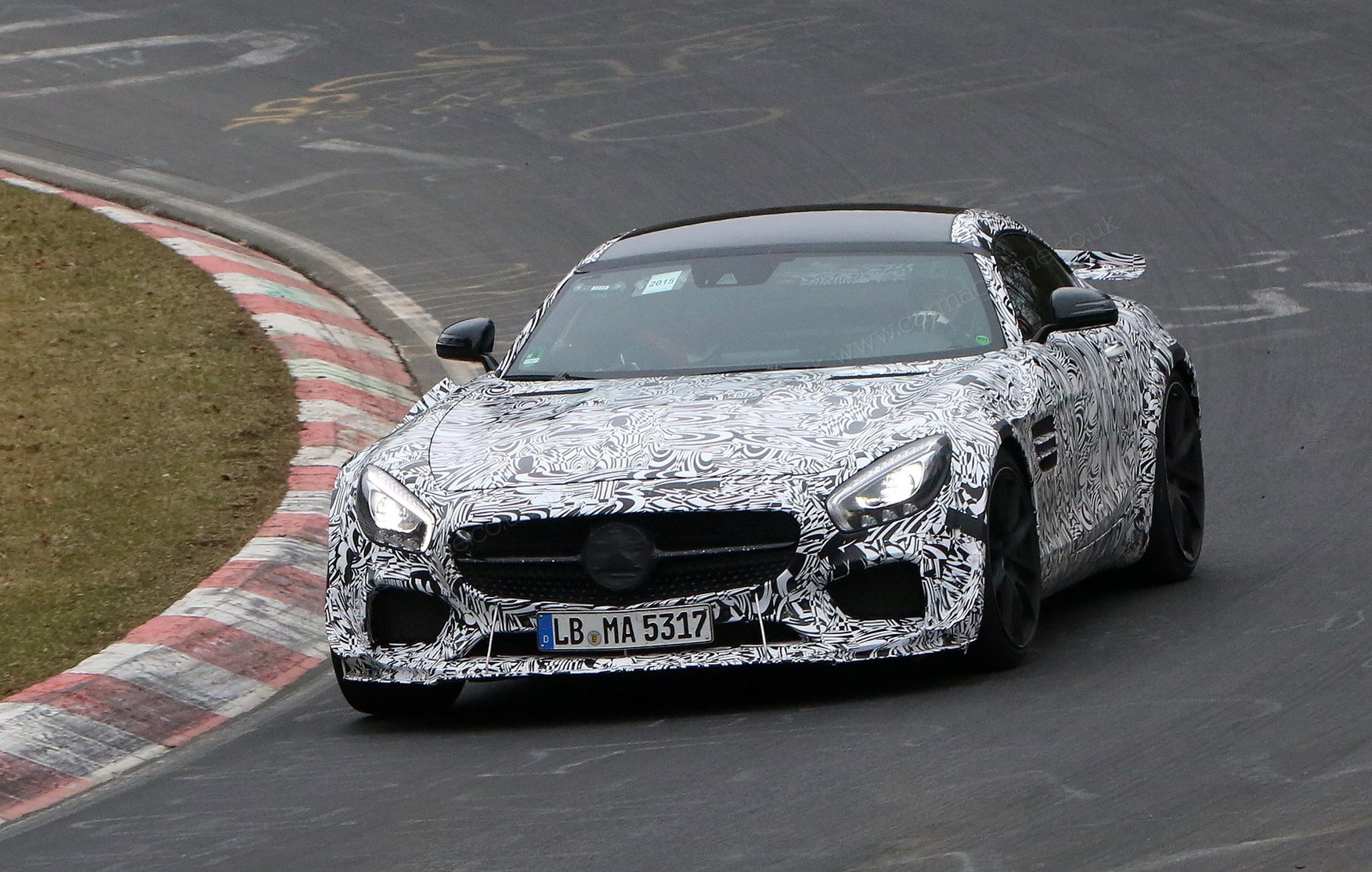 The Mercedes-AMG GT R isn’t the hottest version of the AMG GT out there. An AMG GT Black Series is already under development and the first prototype has been spotted at the Nurburgring.

Like the SLS Black Series, the new model is expected to be a track-focused, hunkered-down sports car. Based on the AMG GT, the Black Series will feature a revised bodykit with more sporty addons and a lot of character.

The engine powering it is expected to be a version of the 4.0-liter bi-turbo V8 with more power and torque than before. A peak output between 600- 650 hp seems plausible. Mercedes will need more than that if they wish to take on the Porsche 911 GT2 RS. The Black Series will also gain some chassis enhancements to make it even more suited for the racetrack.

Mercedes is yet to disclose details about the AMG GT Black Series including its performance figures and lap times, what we can say for sure is that it will be built in limited numbers much like Black Series models from the past.