Last month, a Mercedes-AMG GT Black Series test mule was spotted at the Nurburgring. The car caught our attention because it had a rather weird contraption bolted on to it. Today, another spy image has emerged, which reveals a new grille design.

The Mercedes-AMG GT Black Series might get a redesigned grille that appears to be inspired by the one of the AMG Vision Concept. The trapezoidal grille in positioned low down to give the car a focused look. On earlier test mules, we had seen a large rear spoiler and aggressive front and rear bumpers with canards and a diffuser respectively. A similar setup can be seen on the latest test car. The front splitter and canards appear to have been toned down a bit. We have seen the vented hood before, however this test mule has additional vents in front of the rear fenders. 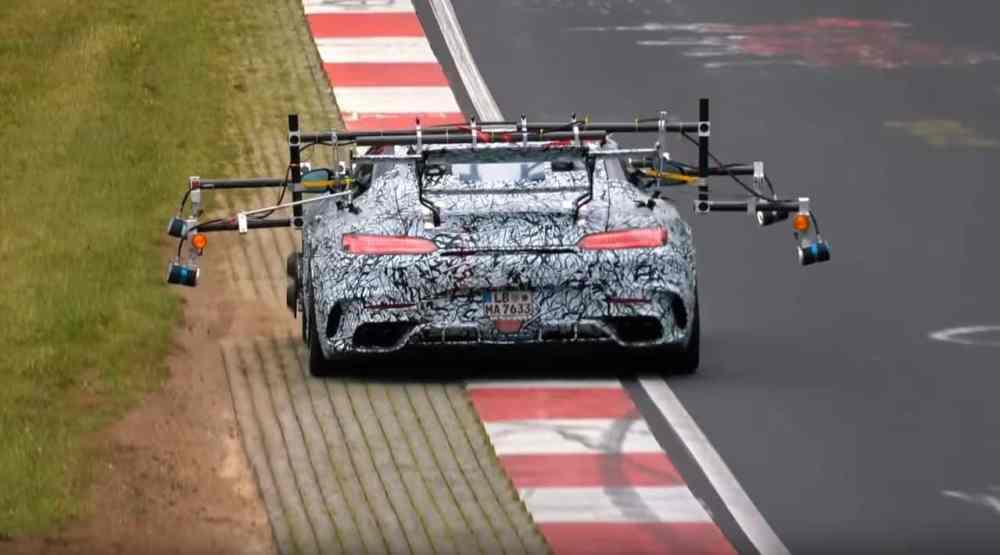 The Mercedes-AMG GT Black Series is expected to be the most track-focused version of the AMG GT. It seems the aerodynamics package may have been inspired by the GT3 race car. It is likely to use a 4.0-liter, twin-turbocharged V8 engine that could be tuned to produce somewhere around 700 hp.

The AMG GT Black Series will compete with the Porsche 911 GT2 RS. While the Merc is a front-engined  V8 brute, the latter is a rear-engined track weapon.