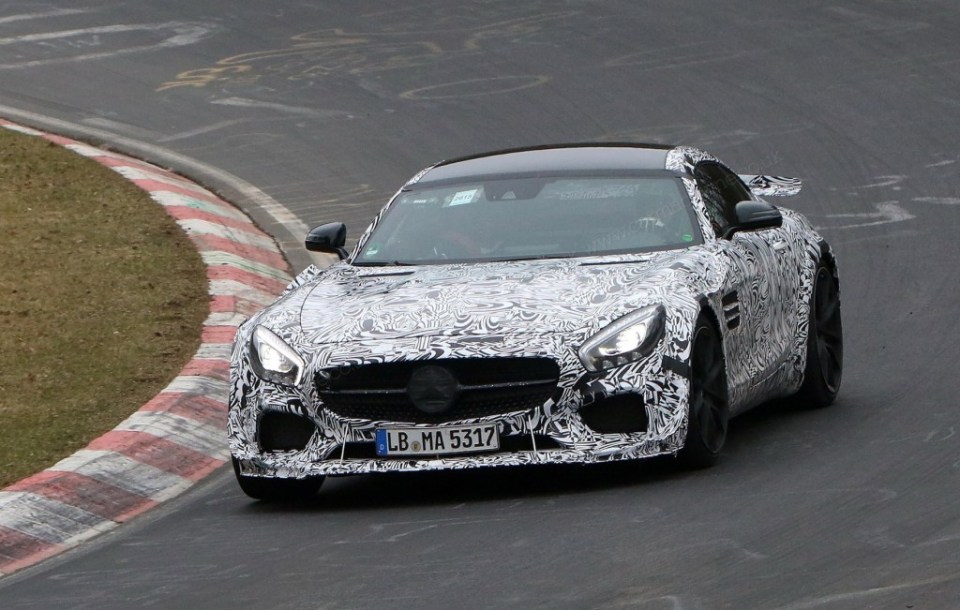 Mercedes-AMG GT will soon get a performance upgrade in the form of the AMG GT Black Series. This upcoming model is expected to be more track-focused and would benefit from some extra horsepower. A prototype has been spotted doing rounds of the Nurburgring and here are the first images.

It is clear by just looking at the pictures that the new Mercedes-AMG GT Black Series will get a fixed rear wing, an extended front splitter and wider buttresses. Overall, the coupe looks incredibly sporty. 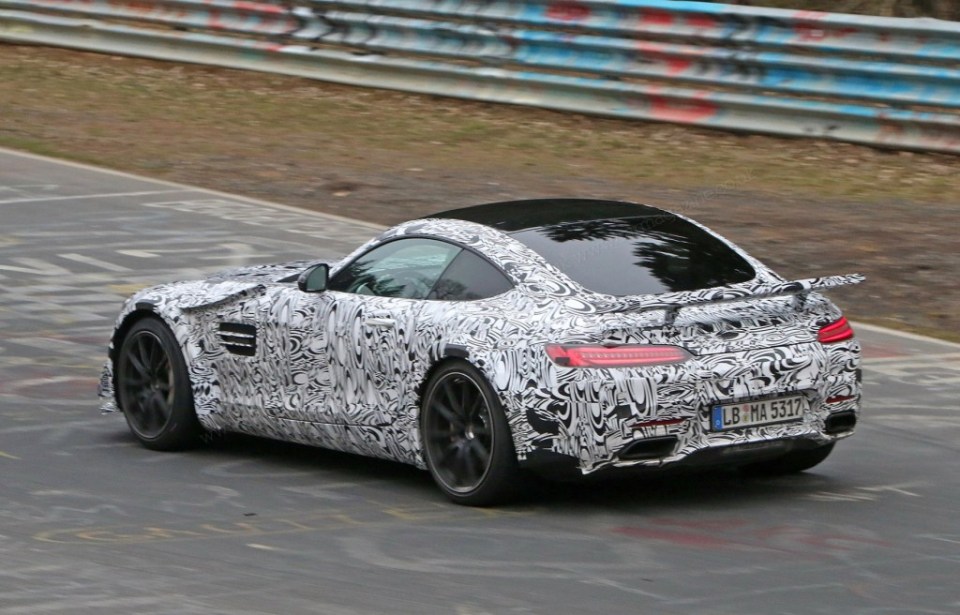 Under the hood will be the same 4.0-liter twin-turbo V8 engine with around 585 hp and 553 lb-ft of torque, this according to a source at AMG who has been talking to CAR Magazine. This car will be capable of speeds in the range of 193 mph and a 0-60 mph sprint time of under 4.0 sec. The GT Black Series will corner faster and could be offered with carbon ceramic brakes as standard.

There’s more rumors about an even faster AMG GT version that would boast of 600 hp. This model could be dubbed Mercedes-AMG GT-R. But, that could change.