Chris Hemsworth and Tessa Thompson will put on the black suits and shades when they step into the Lexus RC F company car in Men in Black: International.

Thor and Valkyrie will team up again after Thor: Ragnarok in the spin-off to Men in Black – Men in Black: International. And they have Bryan Mills to turn to when things go upside down. Chris Hemsworth, Tessa Thompson, and Liam Neeson step into the exciting job of monitoring alien activity on the planet and Rebecca Ferguson from Mission Impossible series is taking the role of the bad guy.

F. Gary Gray who made The Italian Job and The Fate of the Furious is directing the Universal Pictures new franchise aspirant. But these are not the only reasons why we are super-excited about the new MIB movie which is coming to town in June 2019. 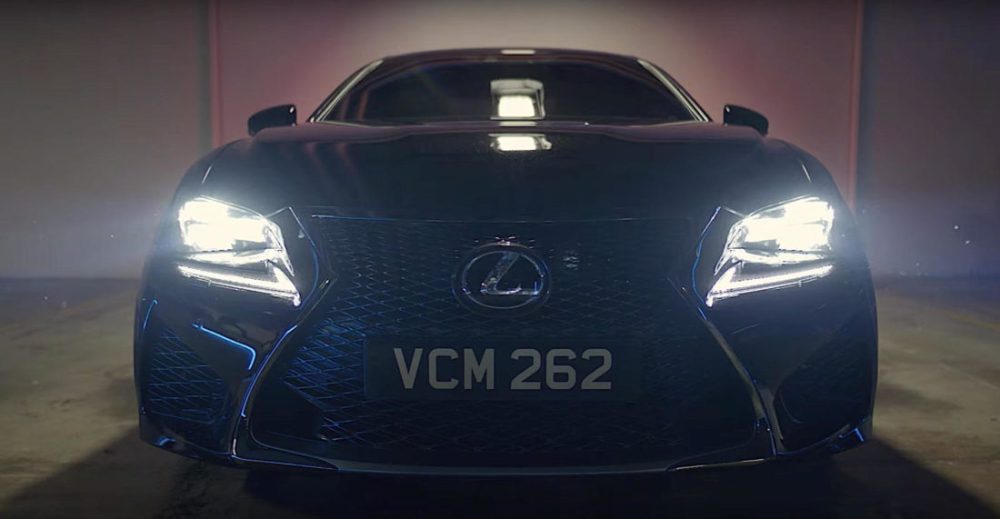 The new Lexus RC F has shown up in the first trailer of the sure-shot box office smash hit. In true MIB company car fashion, it comes with loads of guns, gadgets, and gear to ensure that rogue aliens know what they are dealing with. Since the daily job routine involves chasing down UFOs, the car comes with flight capability too, beautifully realized by the magic of CGI.

There is a weapons-loaded previous generation Jaguar XJ and a hoverbike too in Men in Black International. And we are just speaking about the trailer.

In the real world, the Lexus RC F may not take to the skies. But it isn’t a sloth either. A 5.0-liter V8 engine, 467 hp, 389 lb-ft engine powers it. And though that’s not a rocket engine, the powerplant will hurl the Lexus to 60 mph from 0 in 4.4 seconds. Top speed is around 168 mph. Good enough for us regular humans who have got normal issues to deal with on a daily basis.

The Lexus RC F will set you back by $64,750 in the US and no, it doesn’t come with a big red button on the dashboard which will make the car fly.