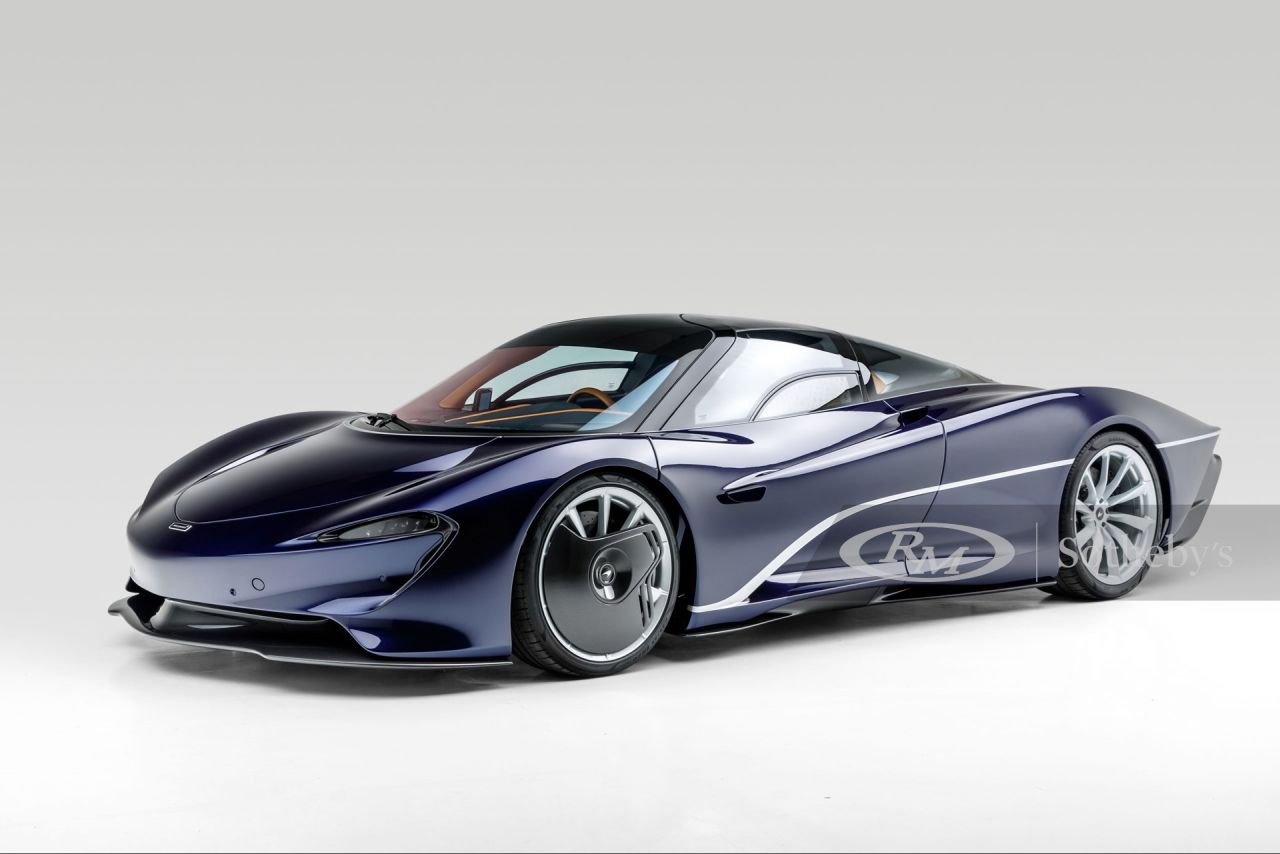 For the very first time since its launch, a McLaren Speedtail is up for auction. The hypercar will hit the auction block on January 22, 2021 at RM Sotheby’s event in Arizona.

This McLaren Speedtail is one out of just 106 examples built for the entire world. All original buyers were hand-picked by McLaren. It is the spiritual successor to the legendary McLaren F1 which is why it is one of the most sought after hypercars today. Like the F1, the Speedtail has three seats with the driver taking the central position. 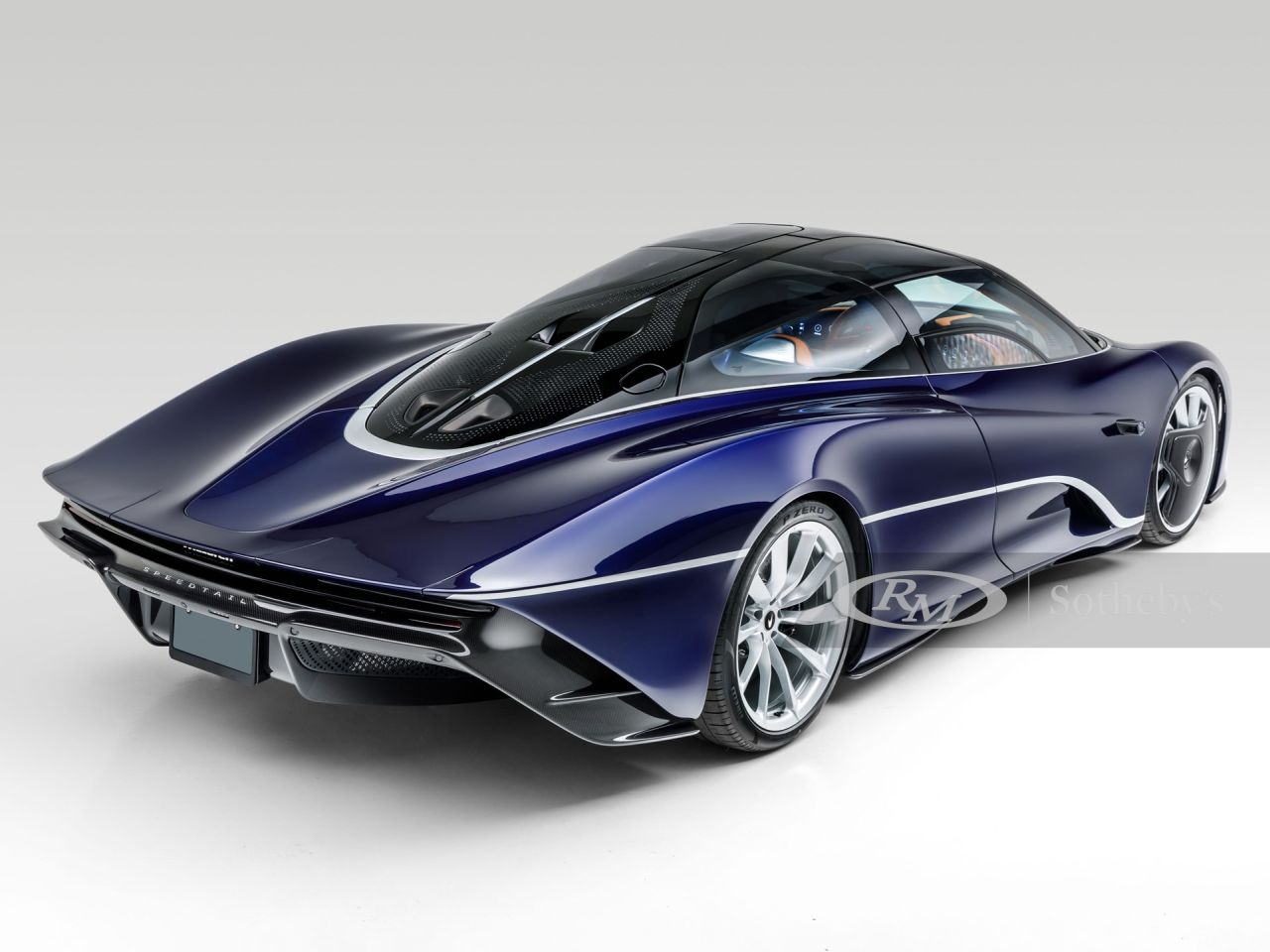 This particular example is chassis no. 36 and is highly optioned by MSO. It was delivered to Philadelphia in fall this year. It has just 30 miles on its odometer. The exterior is finished in MSO Heritage Atlantic Blue with a stripe on the side that matches the wheels. The car is equipped with carbon fiber front wheel covers. The interior of this Speedtail is wrapped in vintage tan Aniline leather with bespoke contrast stitching. It has a carbon fiber steering wheel with its hub clothed in Alcantara. 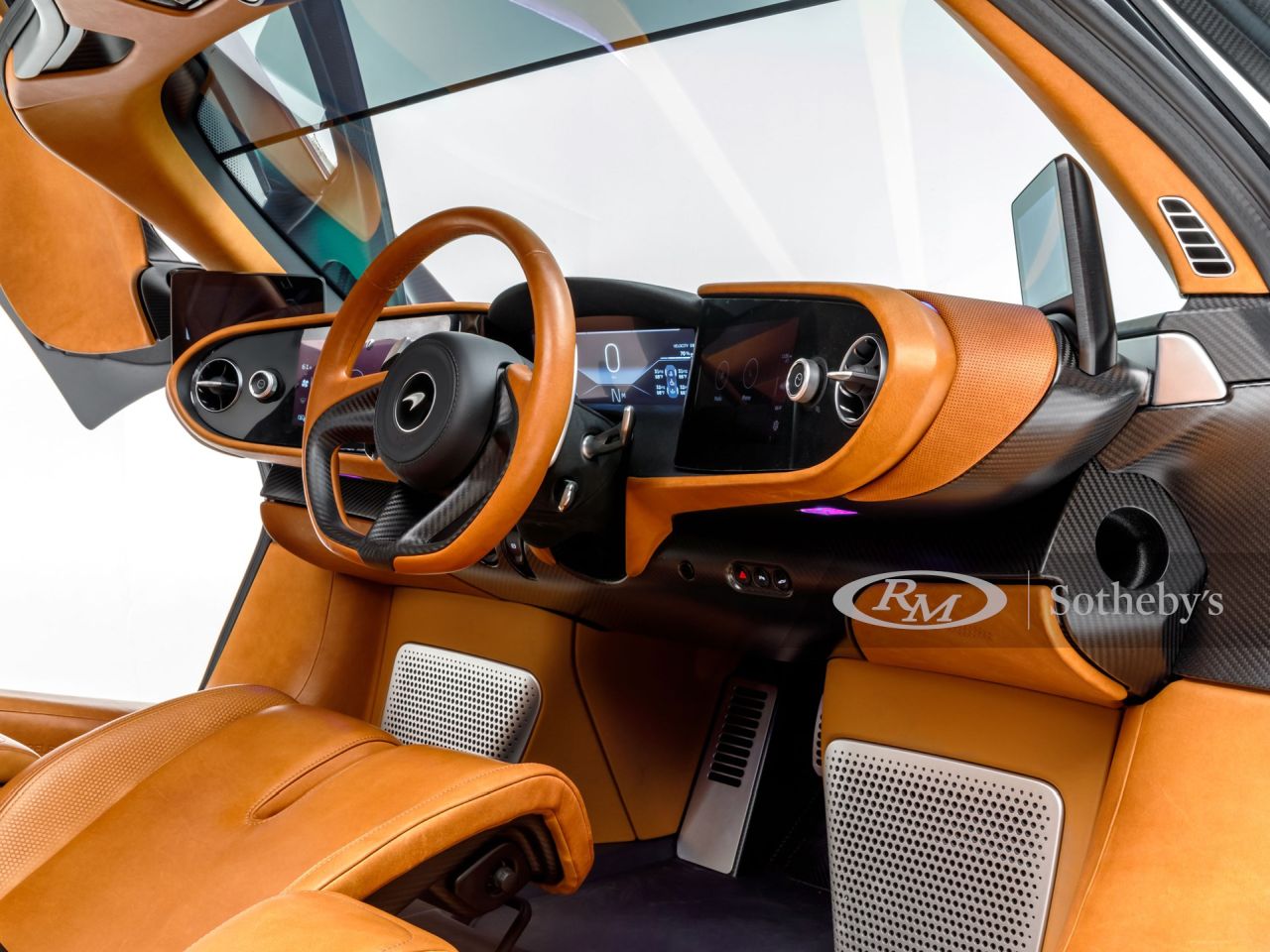 The McLaren Speedtail is powered by a petrol-electric hybrid powertrain with a combined output of 1036 hp. It can accelerate from 0-186 mph in 12.8 seconds and has a top speed of 250 mph.

The base price of a McLaren Speedtail was $2.2 million. Given the demand for this hypercar, it is expected to fetch a lot more than that.

Gorgeous Blue Ferrari F40 up for auction in the UK

Is this classiest Lamborghini Huracan STO spec ever?

Dual-Tone Ferrari LaFerrari in Black & Silver is a unicorn

Lord Aleem’s Bugatti Chiron gets rear-ended by a BMW