This is our first look at the McLaren Speedtail and opinions seems to be divided.

The first images of the McLaren Speedtail have leaked online just a few hours ahead of its official reveal. The Speedtail is the spiritual successor to the McLaren F1 and that shows in its design. While, the exterior is unlike the F1, inside, it has a central driving position with passenger seats placed on either side. 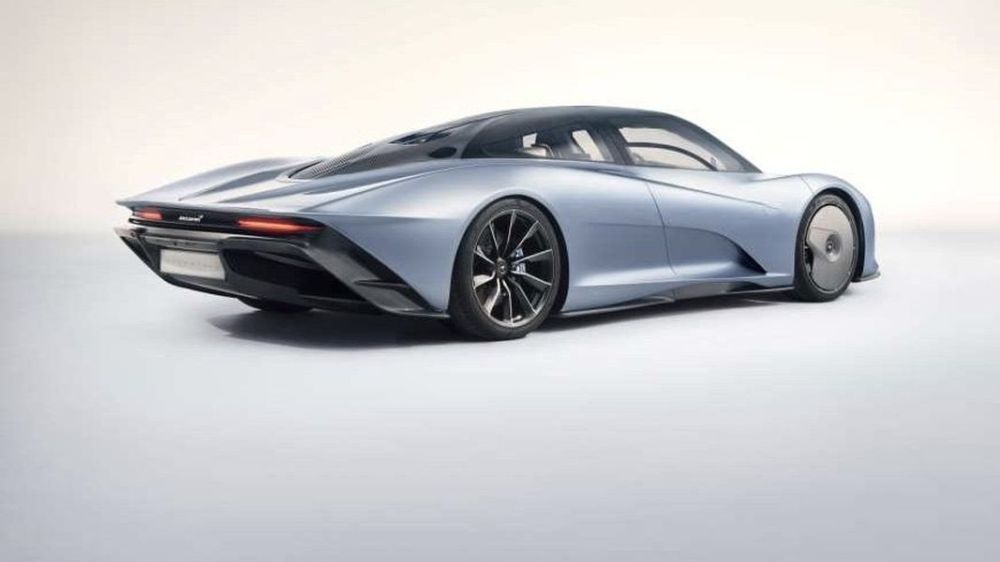 The Speedtail, which started life as Bespoke Project 23 (BP23) has a teardrop shaped exterior. The overall design is less fussy compared to the Senna. Apparently, the car measures 5.2 meters in length. It has a low front scuttle with slim headlights and a front splitter. There are vents behind the front wheel arches and intakes similar to the 720S. The stretched rear end terminates into an integrated spoiler. The rear fascia consists of slim LED tail lamps and an enormous carbon diffuser. 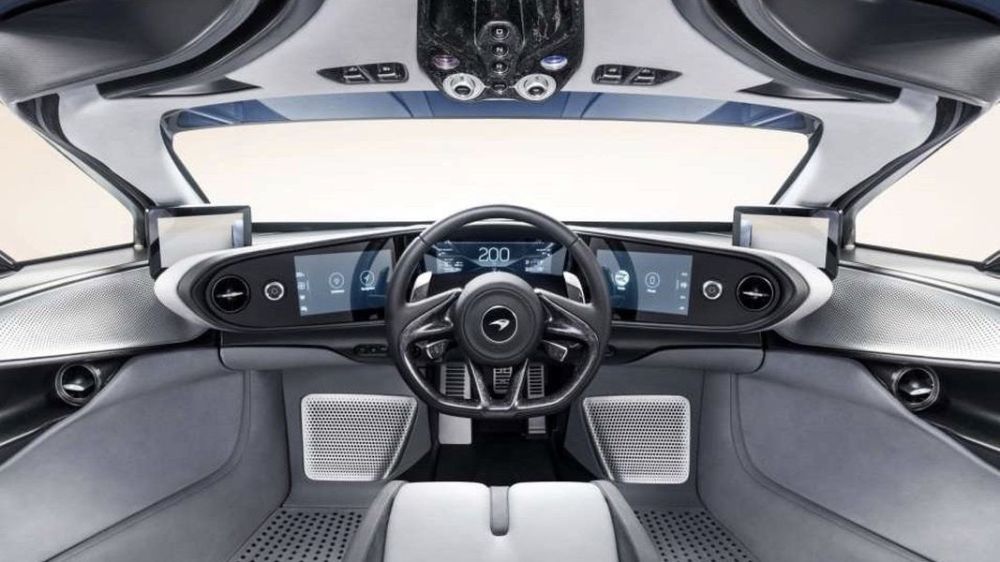 The Speedtail has a glass canopy with split windows similar to the McLaren F1. On the interior, it has a dashboard that wraps around the driver. There are five screens in total including two that act as rear view mirrors. As reported earlier, the transmission controls are placed on the overhead module. The cabin certainly has a minimalistic and a more luxurious look to it.

Detailed specifications are yet to be announced. What we do know is that the car will be a hybrid powered by a twin-turbo V8 engine with a combined output of 1000 hp. Top speed is expected to exceed 250 mph. 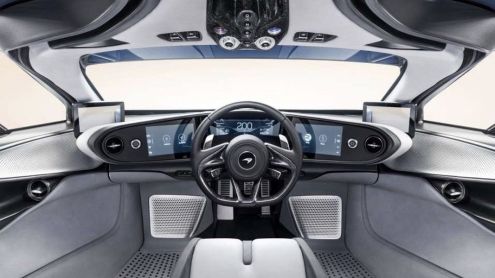 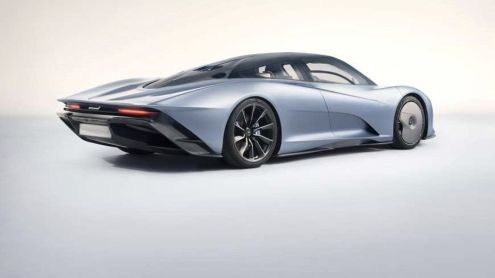 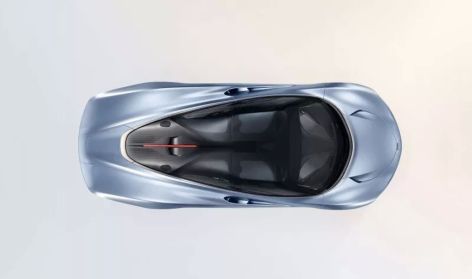 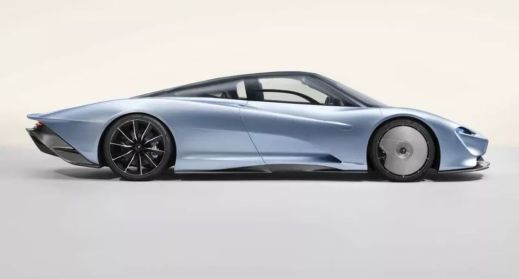 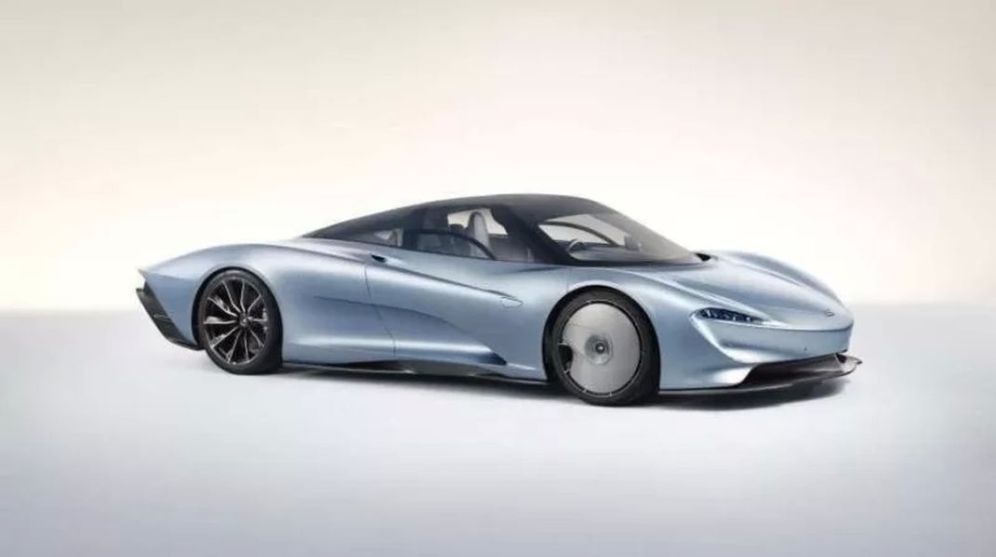