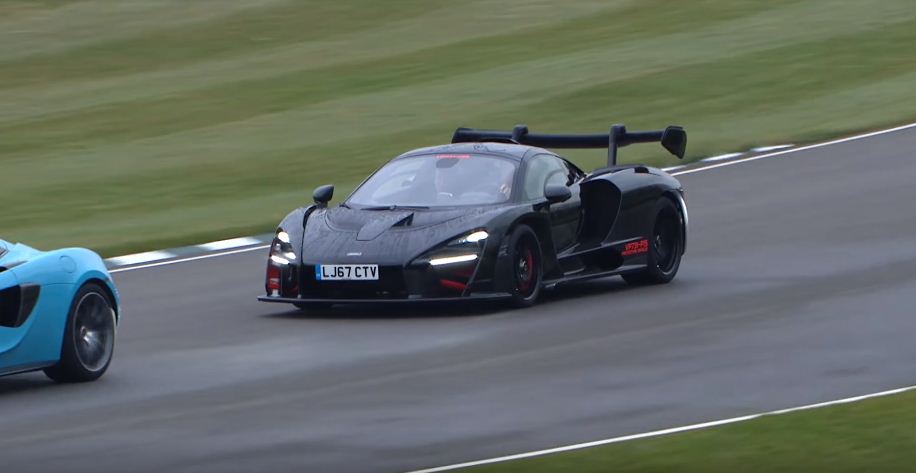 McLaren Senna drove down the Goodwood circuit along with its stable mates during the 76th Goodwood Members Meeting.

McLaren brought its complete range of supercars at the annual Goodwood Members Meeting. A convoy of supercars lead by the McLaren P1 took the circuit but the highlight of the day was the McLaren Senna as it made its first public appearance at the historic venue.

In addition to the Ultimate Series models, McLaren also showcased its Sports Series and Super Series range, including the 720S, 675LT as well as the old MP4-12C.

Earlier this month, McLaren unveiled the Senna Carbon Theme by MSO at the Geneva Motor Show but the car that really caught everyone’s attention was the Senna GTR Concept.