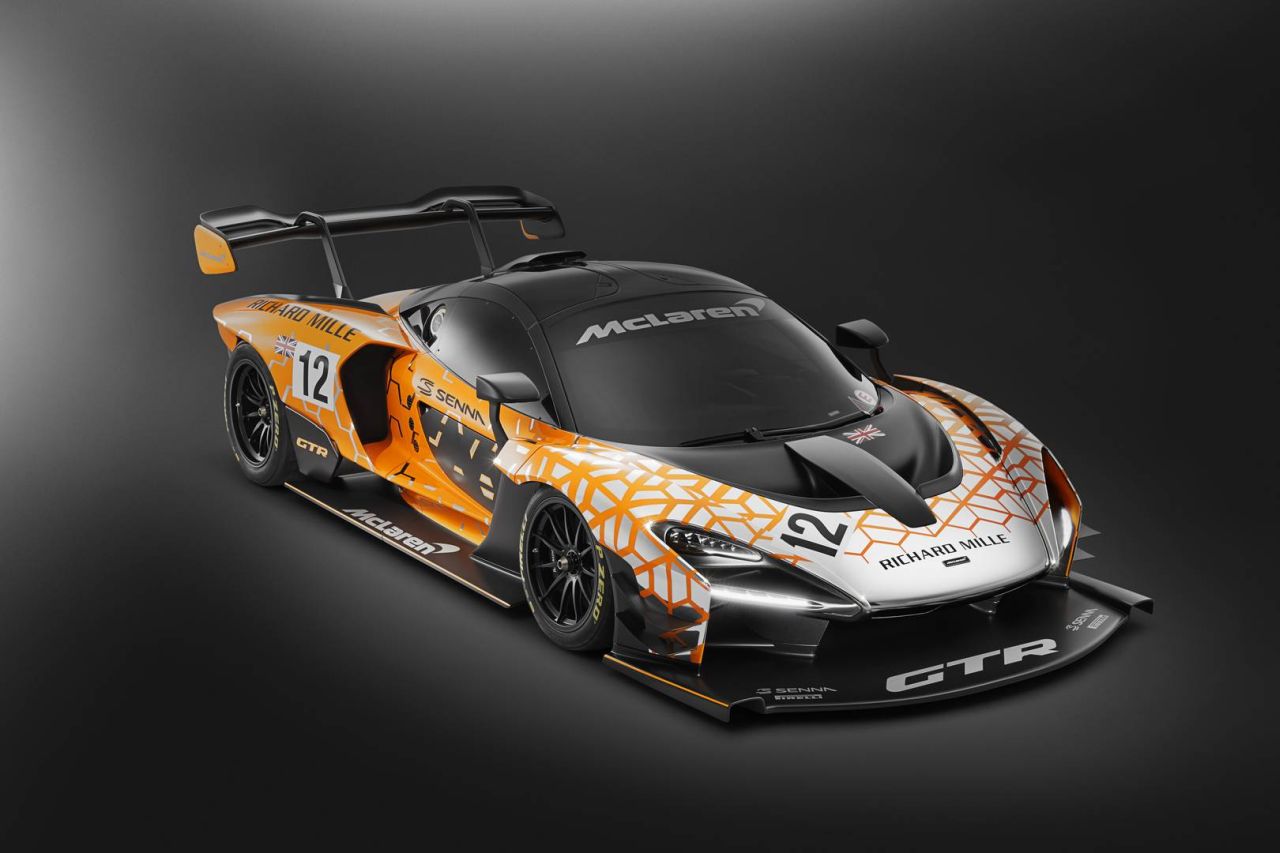 McLaren unveiled a hardcore version of the Senna at the 2018 Geneva Motor Show. The McLaren Senna GTR Concept is based on the standard car but is lighter and generates even more downforce. Also, the twin-turbo V8 has been tuned to produce more power.

The McLaren Senna looks a bit odd with its low front scuttle and the enormous rear wing and that’s because it was designed with aerodynamics in mind. It’s a similar story with the Senna GTR Concept. It features a ginormous front splitter and an equally massive rear diffuser. Coupled that with minor tweaks to the bodywork and that rear wing, the GTR Concept makes a tonne of downforce, quite literally. To put it in perspective, the P1 GTR makes 600 kg of downforce.

The 4.0-liter, twin-turbocharged V8 engine has been dialed to 825 hp, which is 25 hp more than the standard car. The engine is mated to a “race-style transmission”. The Senna GTR Concept has wider track with revised double wishbone suspension and rides on slick tires. With the added grip and horsepower, it is expected to be quicker than the standard car.

McLaren plans to build 75 examples of the Senna GTR and the order books are now open. While, the company hasn’t disclosed the price, it is expected to cost upwards of $1.4 million approx.