The McLaren Artura has already been teased through official spy shots. Dubbed as the High Performance Hybrid (HPH), the car looks like a modified version the current 600LT. It is based on a new carbon fiber chassis called McLaren Carbon Lightweight Architecture (MCLA). 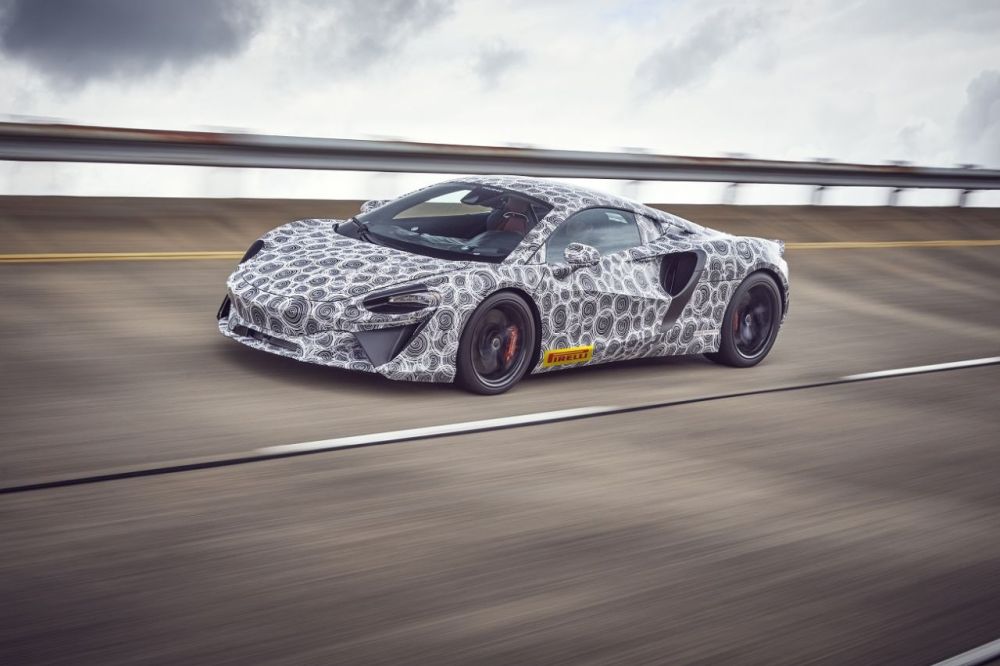 The Artura will be powered by a turbocharged V6 engine and an electric motor driving the rear axle. Details of this plug-in hybrid powertrain are not yet known, but McLaren claims that the powertrain offers all the benefits of the larger V8 engine and has better torque response at low engine speeds. The Artura will also have an all-electric mode.

McLaren has built 45 prototypes of the Artura. Out of these 11 cars are disguised to look like other McLaren models. One of the prototypes is a modified 600LT.