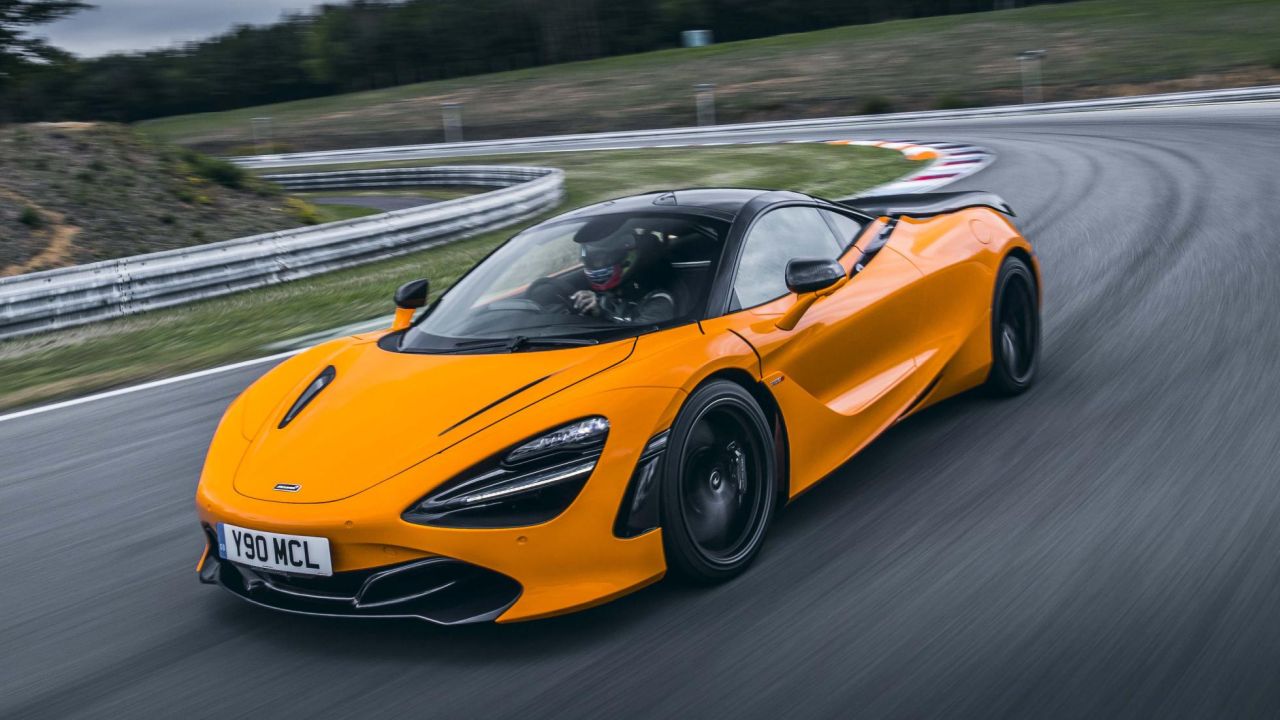 McLaren developed the Senna for customers who desire extreme performance on the track. But, only 500 cars are planned and many such customers would never get to experience it. For such people and for ones who do like the occasional track stroll, McLaren has introduced a Track Pack on the 720S.

Besides featuring every option offered on the top-of-the-line Performance specification of the 720S, the Track Pack adds an assortment of upgrades for better on-track performance. While the Performance variant already has hood air intakes, rear fender air intakes and door mirror casings in carbon fiber, the track pack adds even more carbon to shed 24 kg off the 720S. It features super-lightweight 10-spoke forged alloy wheels, a gloss carbon fiber active rear spoiler, lighter sports exhaust system and lightweight carbon fiber racing seats for the interior, which are available in either regular or touring size.

Moving on, there’s a new track setting added to the 720S’ driving modes along with a track telemetry system. Using three cameras that are built into the car, as well as advanced data-logging software, the track telemetry allows drivers to record, monitor and improve their performance on the track.

The twin-turbo 4.0-liter V8 remains unchanged though and produces 710 hp, nor are there any structural changes to the chassis.

Would you spend $37,000 on a Track Pack or prefer the upcoming 720S Spider. Let us know in the comments section below.