The first McLaren 720S has landed in the US. Just days following its launch at the Geneva Motor Show, a 720S was spotted in Virginia.

Pictures of the first US-spec McLaren 720S surfaced on 6speedonline forums a couple of days back. What’s different on this prototype is that is has a contrast bonnet painted in black. Also, judging by the carbon fiber on the door mirrors and dark accents all around with more carbon on the engine cover, this looks like the ‘Performance’ variant. 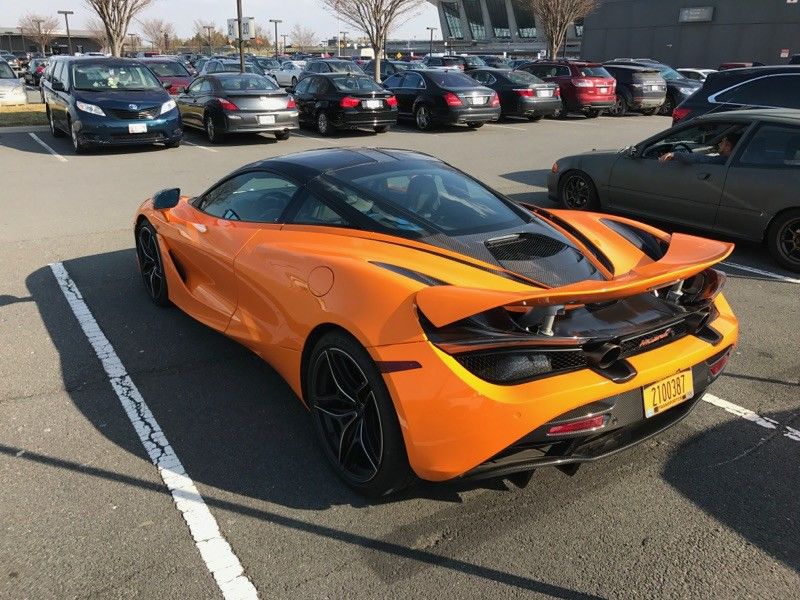 The McLaren 720S will make its official US debut at the Amelia Island Concourse. The company has already shipped a white 720S for the show.

The 720S replaces the 650S and is the second-generation Super Series model. It comes with an updated 4.0-liter twin-turbo V8 engine that delivers 710 hp and 568 lb-ft of torque. It is capable of reaching a top speed of 212 mph and will complete the dash from 0-60 mph in just 2.8 sec.

For more on the McLaren 720S checkout our launch story.

McLaren 720S spotted in the US image gallery: 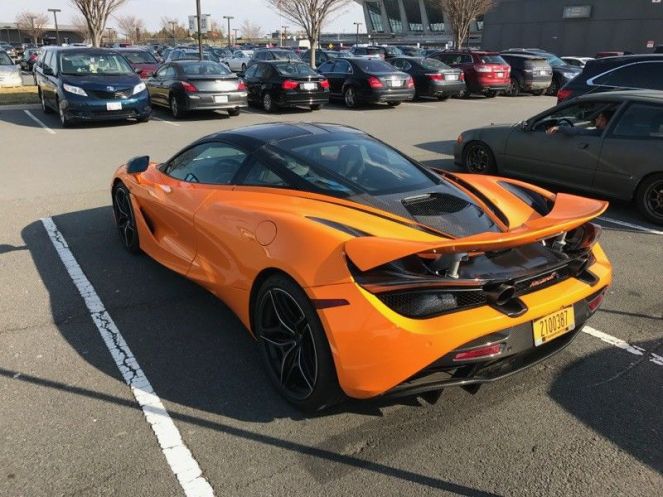 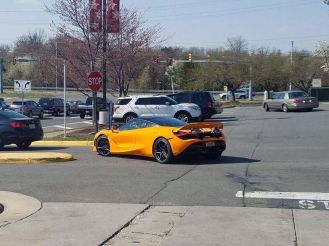 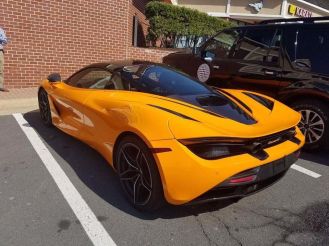 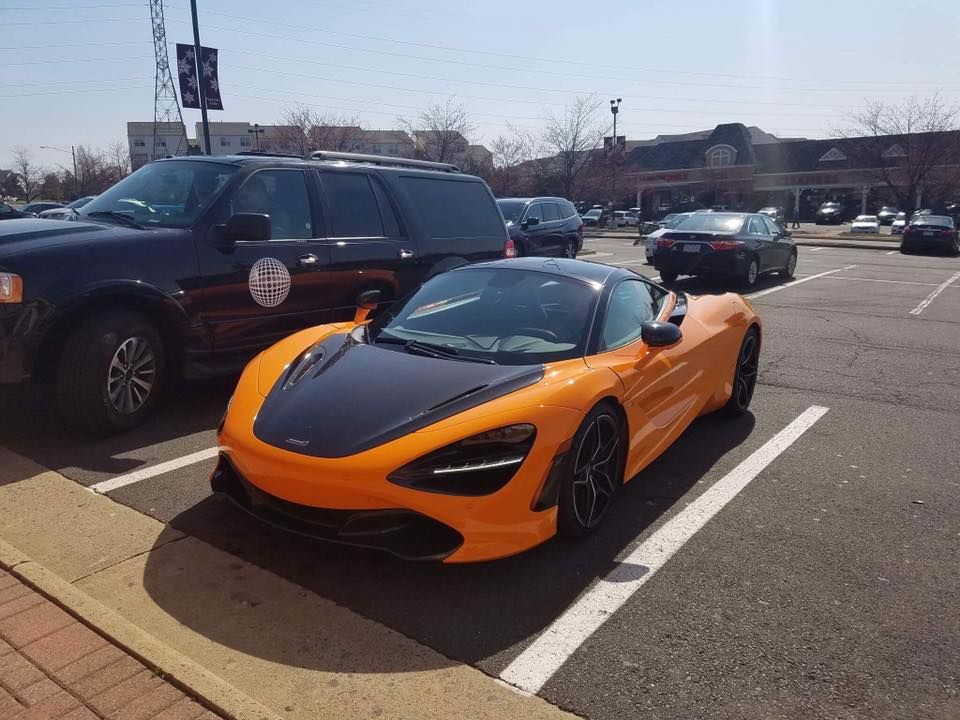