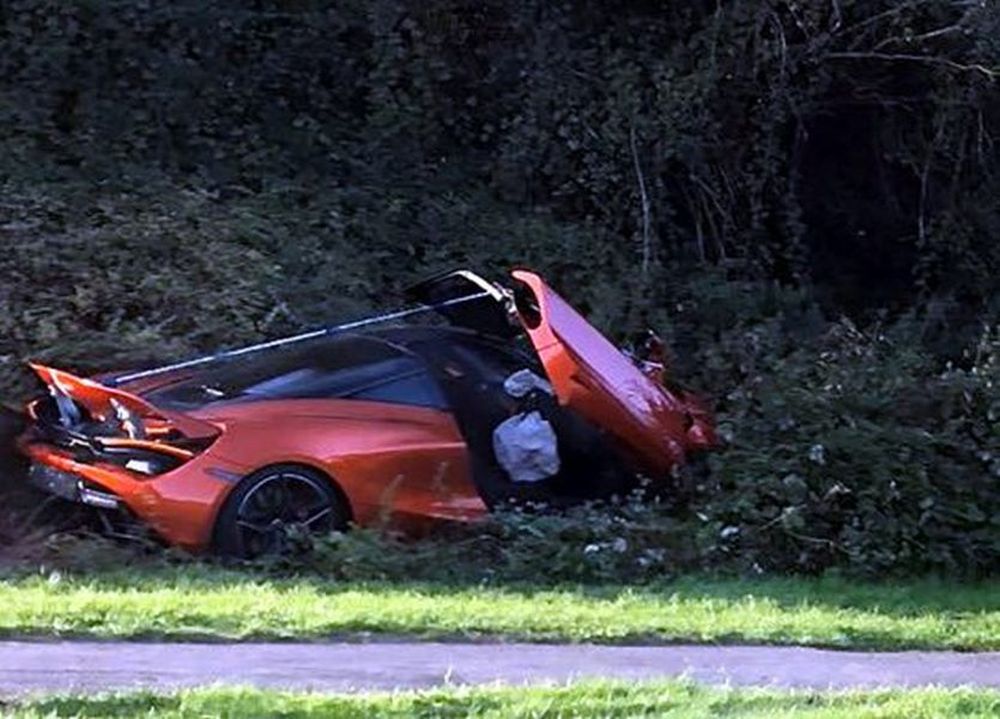 A Volcano Orange McLaren 720S was found stranded into hedgerows in the city of Bristol, UK. While there is no footage of the accident or any eyewitness story, the car probably lost control while cornering on the busy roundabout.

The 720S has made quite a name for itself with its insane acceleration. While McLaren claims that the car can go from 0-60 in 2.8 seconds, we know that it’s much faster. On the dragstrip, it has slaughtered other supercars including the Lamborghini Huracan, Ferrari 488 and even the new Ford GT, at the same time setting hypercar shaming quarter-mile times. When such a vehicle gets in the hands of someone who doesn’t appreciate its performance, accidents like these are prone to occur.

We don’t know how fast the car was traveling, but as you will notice in the pictures, the active rear wing is deployed on the car. This could suggest that the car was speeding but the 720S’ wing can also be controlled with the touch of a button. Thankfully, the driver walked away unharmed with both the airbags deployed. The car itself seems to have traveled deep into the bushes but would probably make out with some minor scratches. Last year, a similarly specced 720S had crashed in Belgium.

The 720S gets its power from a 4.0-liter twin-turbo V8 that produces 710 hp which is sent to the rear wheels via seven-speed paddle-shift gearbox.