A McLaren 720S just crashed while taking part in a local supercar event in Belgium.

The supercar was released earlier this year and aside from the bikers rage incident in Miami, this is the first recorded major accident involving the car. There isn’t much info on how the accident actually took place but Wrecked Exotics reports that the Volcano Orange 720S was attending Zoute Gran Prix in Knokke-Heist, Belgium and while showing off its performance, the owner drifted the car into the woods.

All we can do is hope the 4.0-liter V8 is intact and the owner doesn’t have to spend a hefty sum to restore the supercar. There aren’t any clues of structural damage to the car and the damage looks to be cosmetic only. The front-end probably constitutes most of the bodywork impairment but is hidden behind the bushes in the pictures. 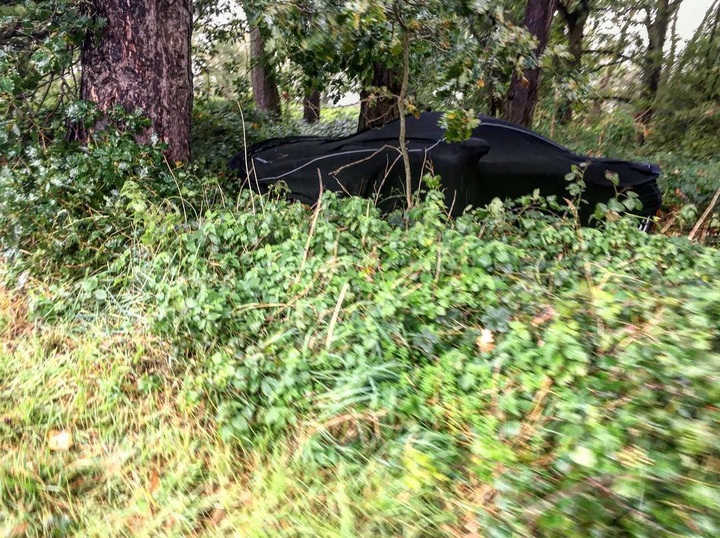 We don’t know why but the owners tucked away the car under the 720S’ signature cover, instead of towing it out of the woods.

Considering how insane the Mclaren 720S’ acceleration is, we knew it was only a matter of time when someone would lose control of it. Here’s hoping the car’s performance is rightly appreciated by its owners and we don’t get to see accidents like these.