Over the last few years, open-top Speedster have become very popular among supercar collectors. Apart from the typical body style that defines them as Speedsters, one thing that’s common is their price. These limited edition collector cars are super expensive, except for one.

Yes, we’re talking about the Lotus 3-Eleven. It was launched in 2016 and only 311 cars were built. Besides a road version, Lotus also offered a race version. Later, the road version was upgraded with a more powerful engine.

Sam from Seen Through Glass recently got a chance to get behind the wheel of a road-legal 3-Eleven.

Just like the Ferrari Monza, Aston Martin V12 Speedster, McLaren Elva and the upcoming Lamborghini speedster, the 3-Eleven has no roof nor does it have a windshield. You don’t get any doors either.

The 2-seater is built to offer the ultimate driving experience. It is powered by a mid-mounted 3.5-litre supercharged V6 engine that puts out 416 hp and 302 lb-ft of torque. The engine is mated to a 6-speed manual transmission. The race version packs 466 hp and 387 lb-ft and comes with a 6-speed sequential manual transmission with paddle shifters. The upgraded road version was offered with a 436 hp engine. 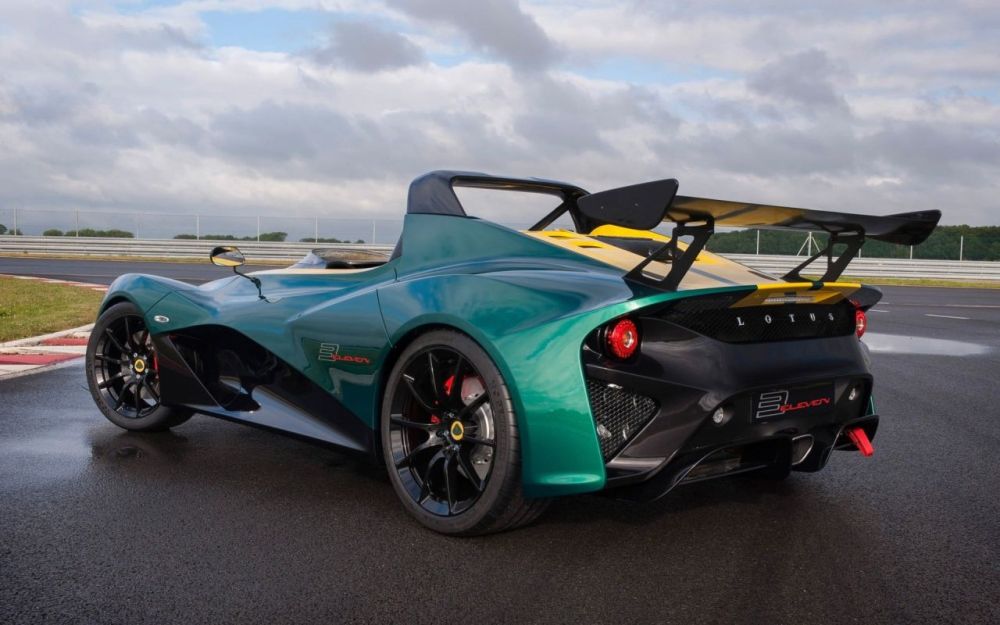 400-odd horsepower might not sound much compared to what the million dollar speedsters out there offer. But, the 3-Eleven weighs just 2039 lbs (Race version – 1962 lbs) and therefore, it can accelerate from 0-62 mph in 3.3 seconds (Race version – 2.9 seconds).

That’s a lot of performance especially when you consider the price. Yes, the price – the Lotus 3-Eleven cost around $107,000! The race version was offered at just over $150,000.