To be sold under the Creator Expert range, the LEGO 1967 Ford Mustang GT Fastback set is the brand’s answer to thousands of fans who always wanted to see the iconic muscle car in LEGO form.

I’ve met dozens of car enthusiasts who are into LEGO sets. And they have always made it a point to emphasize how much they are looking forward to the building blocks maker launching a set featuring the iconic 1960s Ford Mustang GT fastback. Well, looks like your prayers have been answered, because, from 1st March 2019, you can buy one.

Coming under the Creator Expert series of building block car sets, the 1967 Ford Mustang GT Fastback set is in good company as the range already comprises of the Aston Martin DB5 and the Mini Cooper from the same decade. 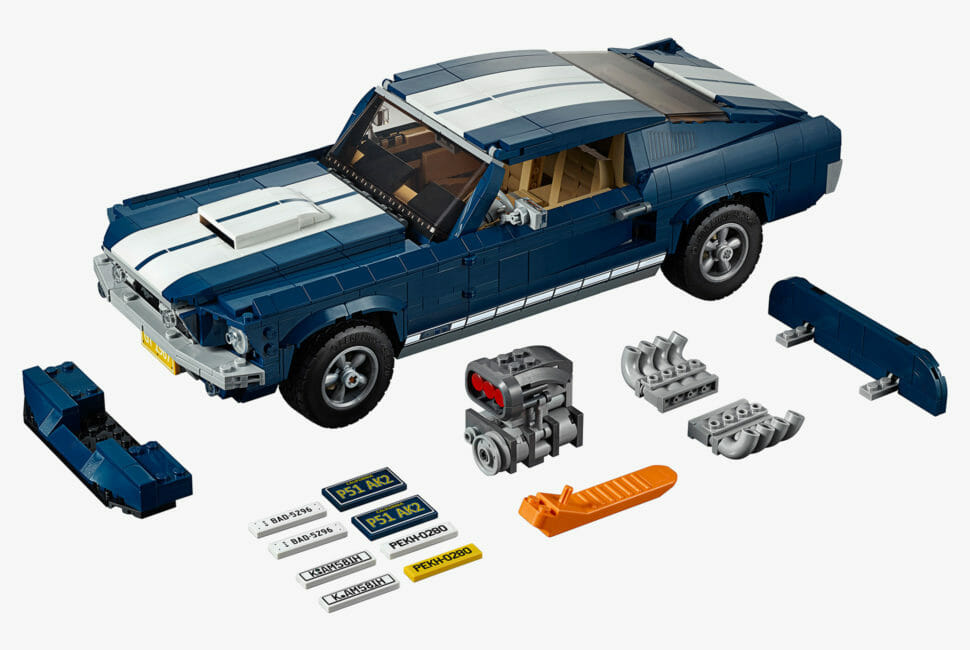 The set comprises of 1,470 pieces which when put together creates a LEGO love letter to what is the most famous and admired iteration of the Ford muscle car. The bodywork flaunts a dark blue shade, garnished with white stripes. When finished, the 3-inch tall, 5-inch wide, 13-inch long LEGO Mustang sits on 5-spoke wheels shod with deep tread tires.

We were particularly smitten by the detailed V8 (with battery, hoses and air filter) under the hood and the thoughtfulness that went into adding a removable supercharger, front air dam, side-exit exhaust, nitrous tank and a rear spoiler to the package. There is also the option to raise and lower the rear suspension so that the stance can be altered. The interior features detailed great-looking seats, radio, mid-console gearshift, and working steering. 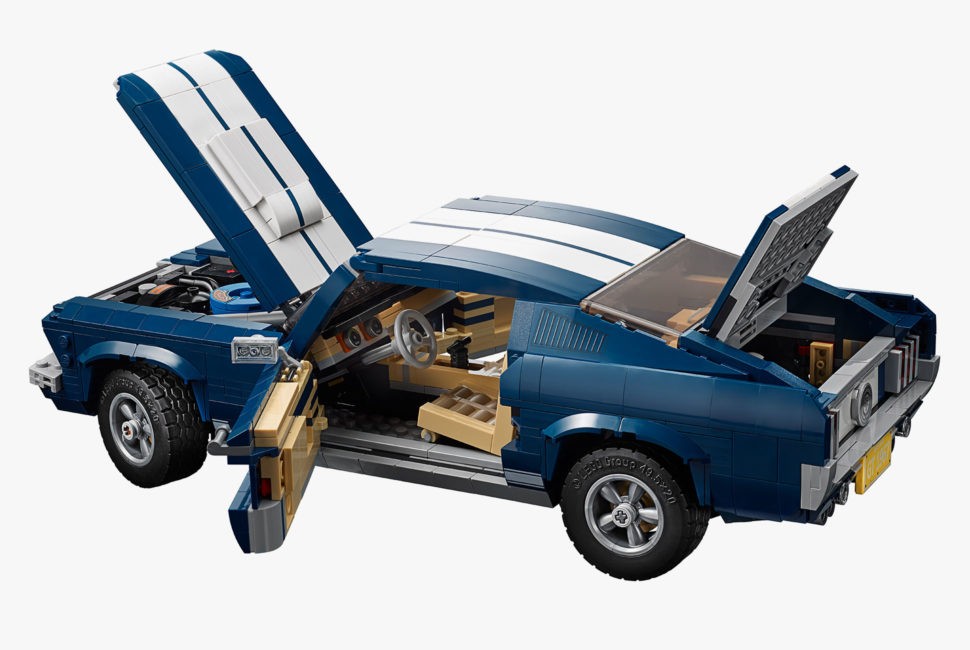 Most LEGO cars struggle to get the accuracy right, especially if the vehicle in question is more about curves than straight lines. The LEGO Creator Expert Ford Mustang GT, on the other hand, is among the best versions to be immortalized in the plastic building blocks format. Looks incredible, even when viewed from a non-LEGO fan perspective. 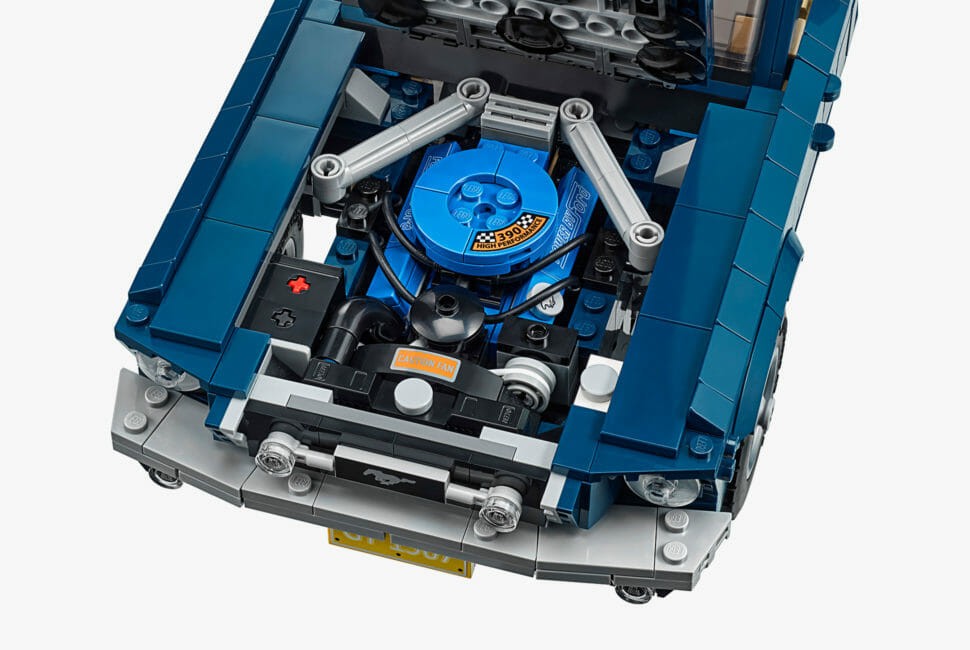 Retailing for $150, the LEGO Creator Expert 1967 Ford Mustang GT Fastback will be available in stores soon. (God, I’ve gotta to get me one of those!)