We are barely a few days away from the big unveiling of the mid-engined 2020 Chevrolet Corvette C8 and a heap of interior images has already leaked online.

Come next week, and all of us will be probably drooling over the official images and videos released by Chevrolet Pressroom along with the tons of footage and pics to be shared by all leading car sites. The most significant launch in Chevrolet Corvette’s history will happen soon as the mid-engined C8 gets unwrapped. We have seen the car covered in camouflage through hundreds of media uploaded online by spotters and even GM itself. Recently, a photograph of the 2020 Chevrolet Corvette C8’s rear end had surfaced as well. 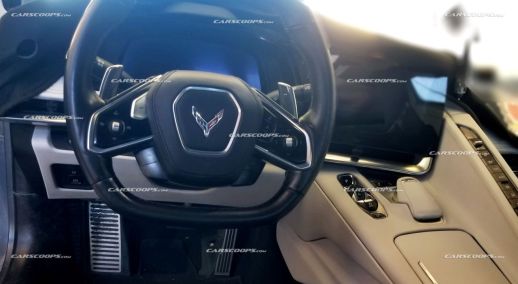 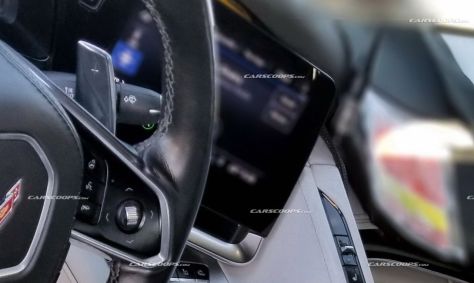 Now it’s the turn of the dashboard and interior to leak out. A handful of pictures have popped up on Carscoops which give a clear idea of how the dashboard, interior trim, and seats are going to look like. And it’s nothing like you’ve seen in a modern-day Corvette which preceded the C8.

The driver will be facing a two-spoke steering wheel and a digital instrument cluster with warning lights on the right. Paddle shifters along with a range of controls assemble on and around the wheel. What we found to be particularly interesting is the Z button. 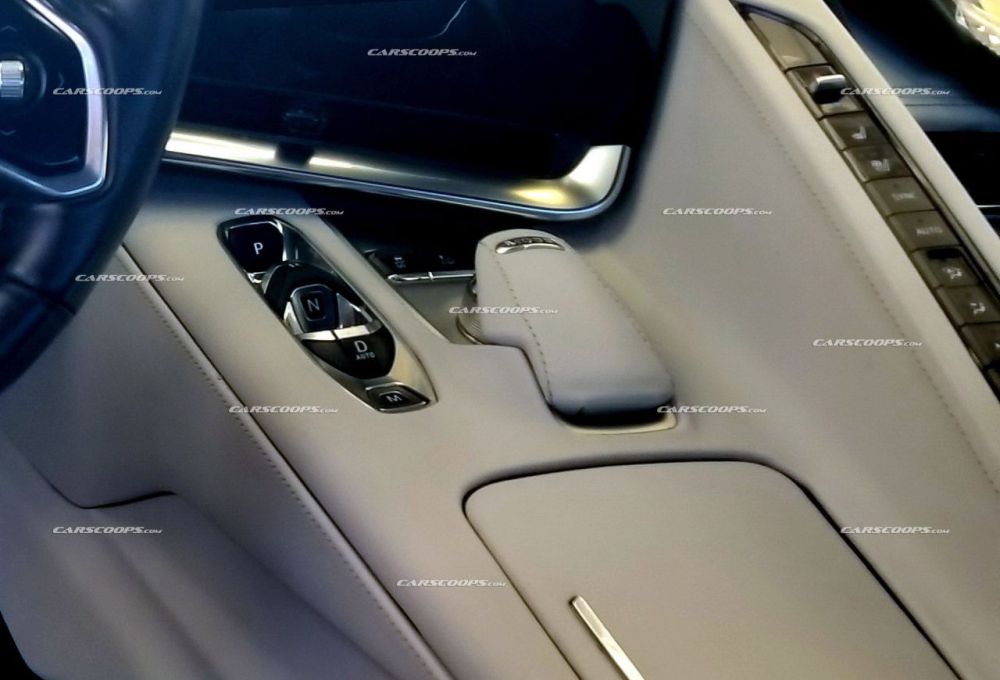 A “Zora” reference perhaps and of course we are eager to what pressing that button does. What if it loads some kind of high-performance mode that unleashes the Corvette C8’s true potential? Something which will live up to the legacy of Zora Arkus-Duntov – the Belgian-born American engineer who played a key role in the Corvette’s early generation models?

The center console has an unusual, quirky ramp-like design with the infotainment system angled towards the driver. A drive mode selector rotary dial has been placed right below the screen. Button controls for the dual-clutch transmission are located to the dial’s left. Numerous buttons take their places on top of the center console buttress. The overall design could turn out to be controversial given its bizarre nature. 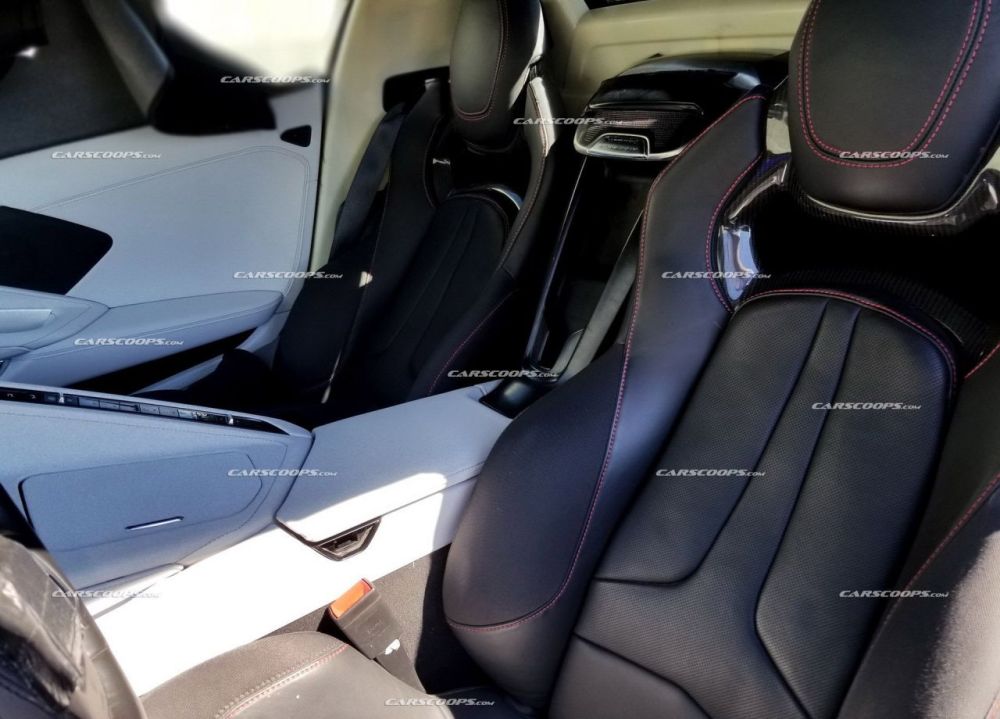 But the quality of materials used will definitely be receiving appreciation. Seats are wrapped in black leather, garnished with red highlight stitching and come with fabric accents. The door panels have been wrapped in the same high-quality material used on the center console.