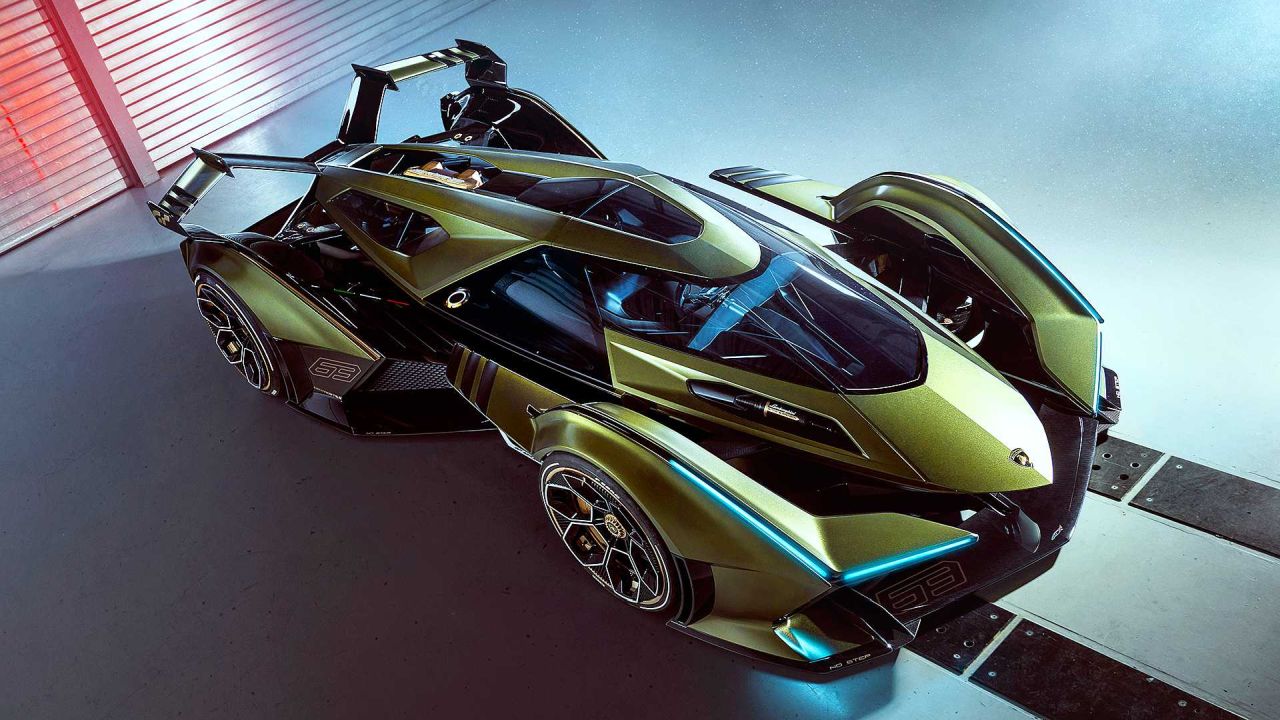 V12 Vision Gran Turismo – Lamborghini has taken the Egoista concept and turned it up to eleven.

Lamborghini has revealed its latest concept car. While, it is unlikely to spawn a production model, gamers will get to experience it in Gran Turismo Sport on the Playstation 4.

If it doesn’t looks crazy and outright jaw-dropping, it ain’t a Lamborghini. That’s the philosophy behind most concept cars that are designed at Sant’Agata. Similarly, a long list of superlatives can be attributed to the new V12 Vision Gran Turismo.

The single-seater has a wraparound windshield and wheels that stick out like an F1 car. It has a low front splitter and exposed suspension components. At the rear, it has a large fixed wing and LED lights that form a Y-shape. The car is finished in a dual-tone color scheme with gold accents. The interior looks like a fighter plane cockpit!

The under the skin, the V12 Vision Gran Turismo uses the hybrid powertrain from the Lamborghini Sian. The 6.5-liter, V12 engine and 48-volt mild-hybrid combo is good for 819 hp.