The Lamborghini Huracan GT3 has numerous accolades under its belt – 12 international titles to be specific as well as the prestigious Rolex 24h at Daytona and 12 Hours of Sebring. Not resting on laurels however, Lamborghini has decided to give the racer a thorough upgrade. Developed by the Squadra Corse racing division, the Huracan GT3 Evo is an evolution of the regular GT3. The upgraded racer benefits from a host of aero and mechanical upgrades. 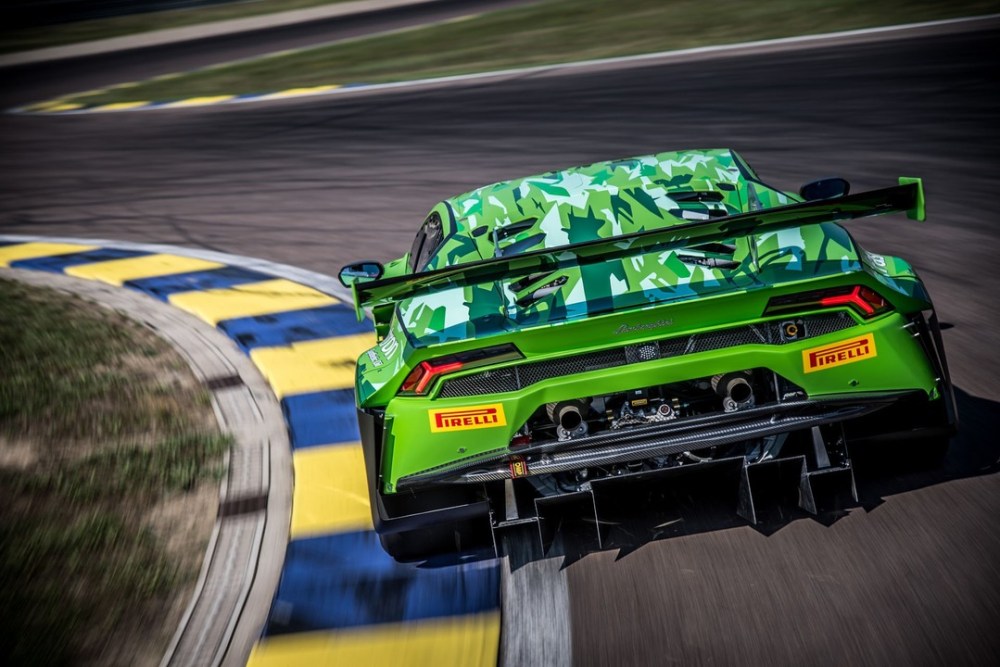 On the aero front, the Squadra Corse division has been working with Dallara for over a year to further improve the GT3’s stability and reduce pitch sensitivity. The front features significant modifications to the splitter, with a pronounced leading edge. The hood has also been modified with carbon fiber replacing the fiberglass. There are new lateral recesses on the front bumper that house two large flicks to ensure a high front downforce. The cooling capacity of the radiator is also improved thanks to the large central rib borrowed from the Huracan Super Trofeo Evo. A large carbon fiber wing and a new diffuser with redesigned fins dominate the rear of the upgraded GT3.

Mechanical upgrades on the GT3 Evo include revised suspension built using billet aluminum instead of steel and a revised rear axle with new hubs, bearings and axle shafts. New Ohlins shock absorbers round off the mechanical changes. The GT3 Evo will also benefit from the introduction of Electro Hydraulic Power Steering (EHPS) and a re-tuned ABS.

Powering the GT3 Evo is a 5.2-liter V10 that is borrowed from the road-going Huracan. It gets new camshafts and titanium valves to optimize drivability and provide greater reliability in endurance races.

The upgraded GT3 will make its racing debut at the 24 Hours of Daytona in January next year. The car is available to order now and existing GT3 customers also have the option to upgrade to the Evo kit. 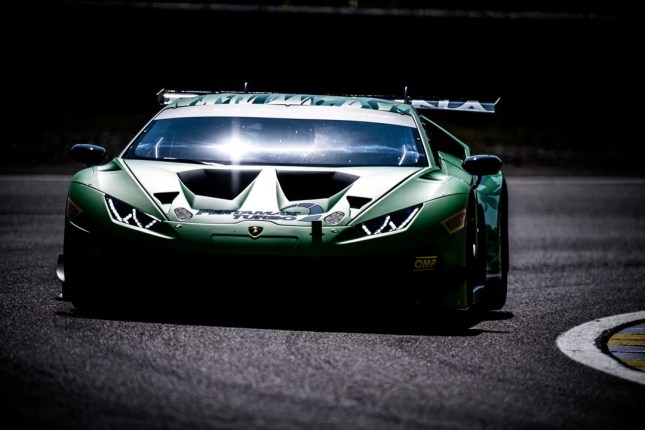 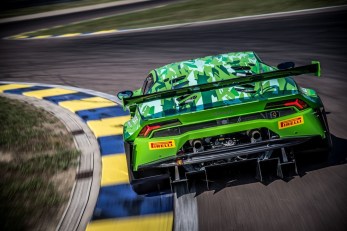 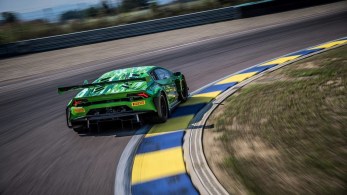