A black Lamborghini Huracan crashed into a concrete light pole in Fairfax, Virginia on Friday night. The force of the impact caused the engine to sever from the rest of the chassis. A small fire was also reported which soon put off by the local fire department. According to a media report, the driver suffered minor injuries.

Looking at the images, it appears that the Huracan could be travelling at high speed. While it may look disturbing to some, in most mid-engined supercars, the engine is designed to split off in the event of a crash, which also helps dissipate energy. A setup like this reduces the risk of fire and can be a life saver. As for the car, it’s destined for the scrap heap. 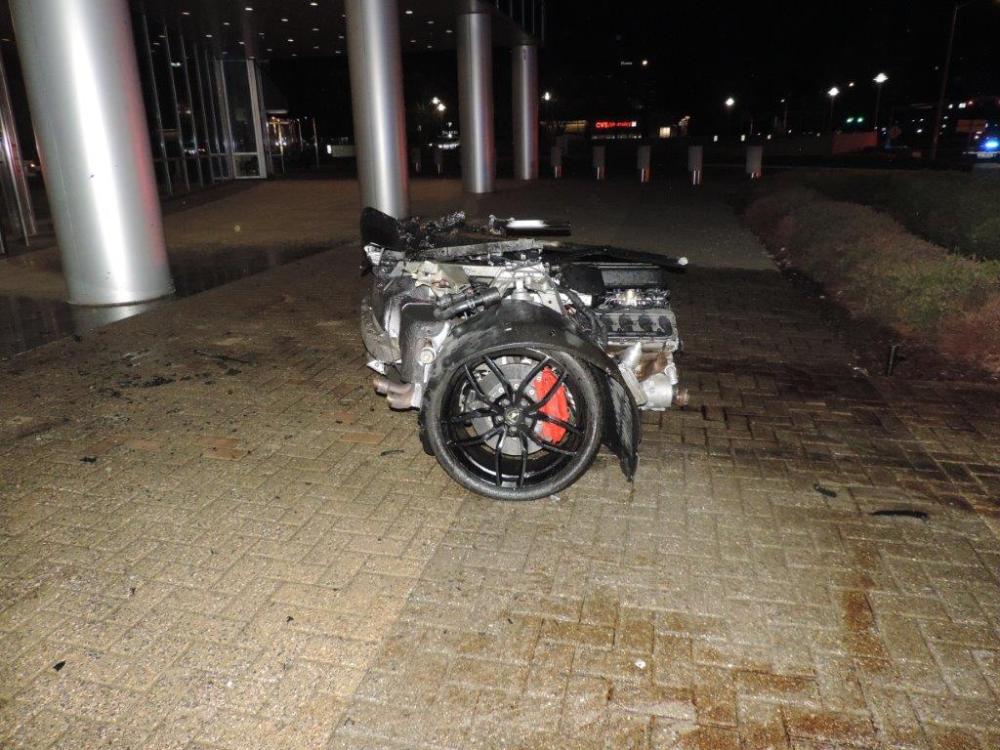 In August 2016, a similar incident was reported in Chicago, where a black Huracan Spyder was split in half following a crash.