If you thought the Huracan Performante couldn’t get any more extreme, think again. Because, here’s the Huracan Evo STO (Super Trofeo Omologato).

Looking at the prototype, it seems the Huracan Evo has been given the most extreme aero kit possible. The car has the most insane rear wing ever seen on a Huracan. The engine cover is completely new and even has an intake scoop and shark fin similar to the Veneno. Additionally, the front and rear bumpers appear to have been tweaked. In fact, the rear fascia does have additional vents and aero ducts. The diffuser also appears new. 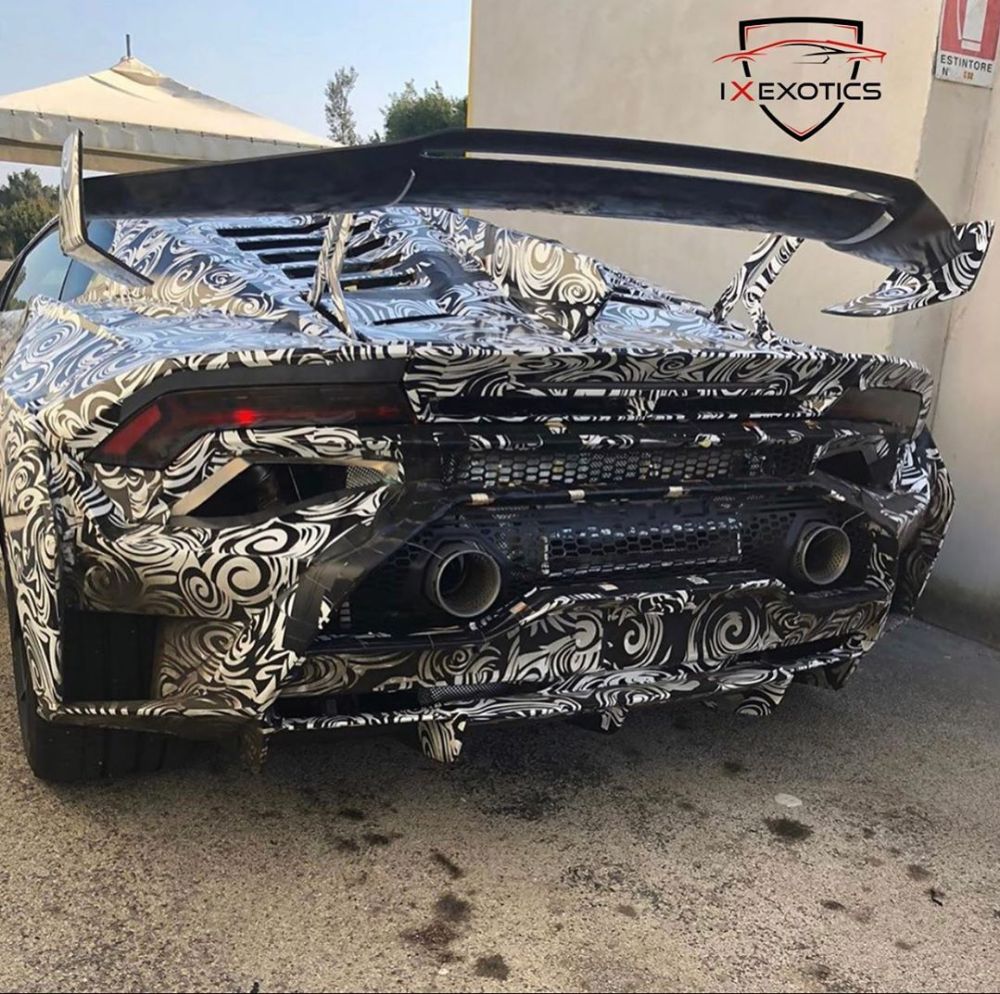 Reports suggest that the Huracan Evo STO could use the same 5.2-liter naturally-aspirated V10 producing 640 hp and 442 lb-ft of torque. However, the car is likely to shed around 150 kg. It could also get race-spec brakes.

Production will be limited and recent estimates put it around 700 units. But, this number isn’t finalized yet. Besides, dealers with race teams will get priority for allocations. So, getting an allocation might get difficult for some customers.

The Huracan Evo STO could be unveiled at the Quail during the Monterey Car Week, later this year.