The Chinese customs is auctioning off two Koenigsegg hypercars that were seized by them in 2019. The cars on offer include a blue Regera and an Agera RS.

The Koenigsegg Agera RS in question is chassis no. 7178. It is said to have been imported into the country four years back. It has been sitting in the customs warehouse in the Port of Tianjin since 2019.

According to @koenigseggjesko.registry, the car comes with a “Certificate of Confiscation of Smuggled Cars and Motorcycles”. It is offered as-is and has not received maintenance in more than 3-years. Furthermore, the winning bidder will have to arrange its transport from Tianjin. 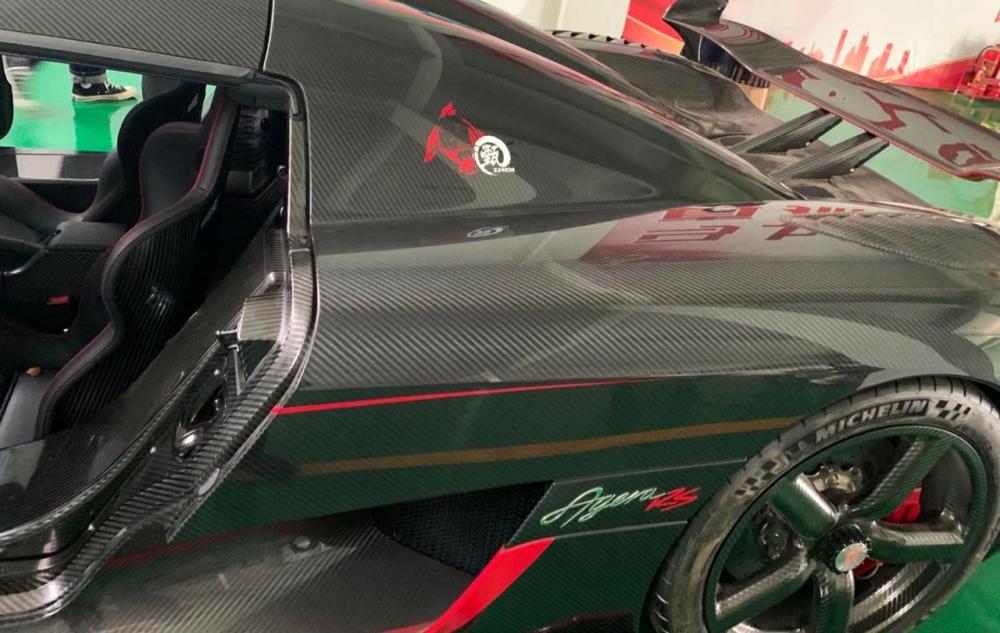 The car has exposed carbon fibre bodywork with red highlights. Inside, the seats are wrapped in black leather with red stitching. This Agera RS even has a couple of unique touches – embroidered on the headrests is the word “ZHEN”. There is also a special graphic of the side of car.

The auction will be held on August 18, and the bidding starts from $2.2 million. 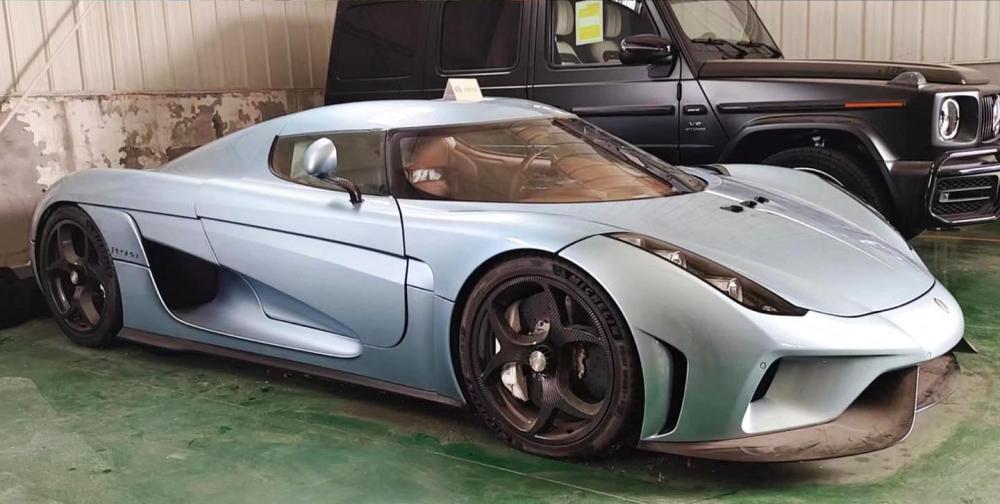 The Koenigsegg Regera that is up for grabs is chassis no. 7159. This car is painted in Horizon Blue and has a white stripe in the centre, while the interior wrapped in Tan leather. It rides on the AirCore Carbon ‘biohazard’ wheels with white brake calipers. 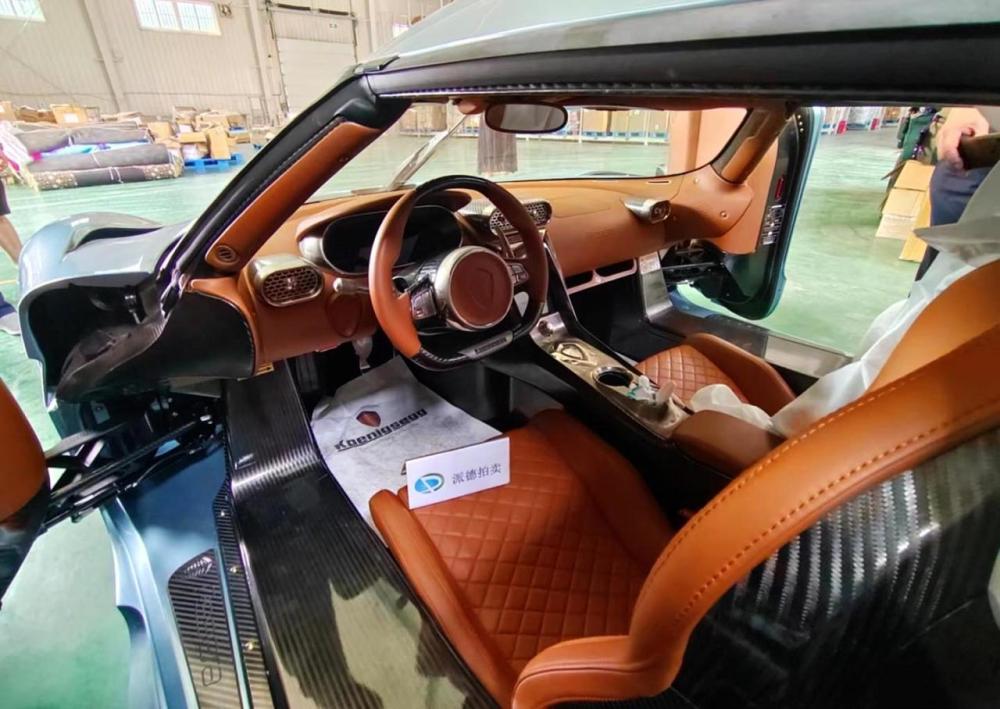 Some of the unique bits on this Regera include the “By Echo” script on the front splitter and “E = mc^2” on the drivers side behind the door.

Bidding for the Regera starts from $2.53 million.