A gorgeous Koenigsegg Regera recently landed in Japan. The fourth and final Regera in the “Land of the rising sun”, and a special one at that.

Chassis no. 7202 is specced in Burgundy Carbon with Gold Leaf pinstripes. While the bodywork looks classy, it’s the wheels that will make jaws drop. The Carbon AirCore wheels have gold leaf detailing that scream MONEY! That said, it isn’t the only Regera in the world with this option. Apparently, there are two other cars with similar gold carbon wheels.

On the inside, this Regera features ‘Desiato’ leather upholstery with gold stitching. Other details include silver Regera badges on the sides and a matching Koenigsegg crest upfront. 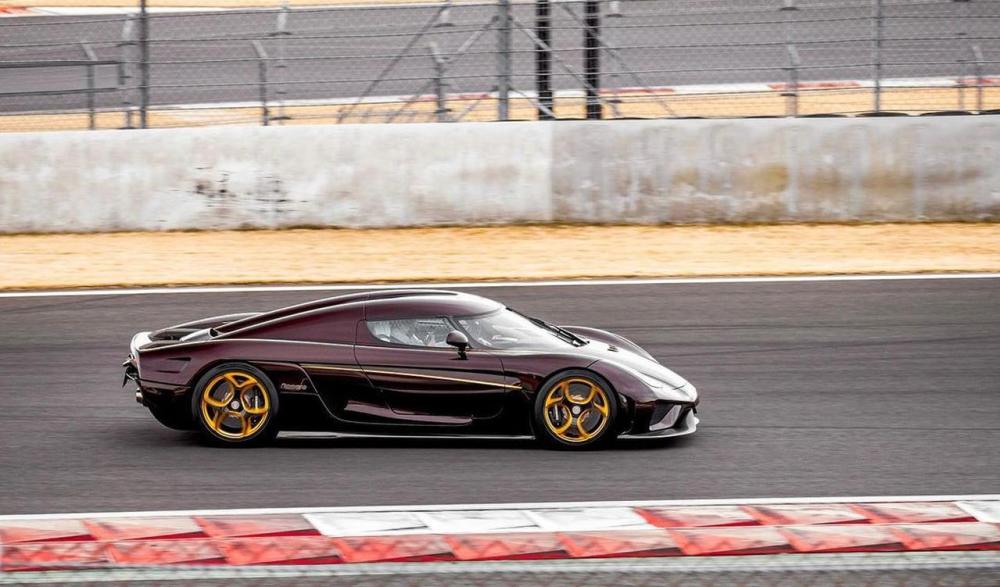 The Koenigsegg Regera is powered by a 5.0-liter twin-turbo V8 engine, which is boosted by three electric motors. The total output is around 1500 hp and 1500 lb-ft of torque. The ‘Direct Drive’ transmission allows the car to accelerate from 0 to 400 km/h (248 mph) in less than 20 seconds.

This particular car is not equipped with the Ghost Package, which adds a few aero bits including front canards, extended splitter and winglets at the back.