The Gemera (Codenamed: KG12) is based on a carbon monocoque and features an all-carbon exterior. It has Koenigsegg’s dihedral synchro-helix door mechanism, which allows the car to have wider doors. Besides having room for four adults, the Gemera also has sufficient luggage space, both in the front and at the rear. 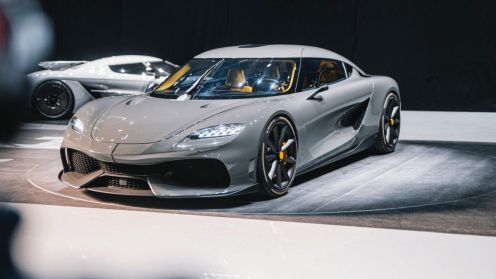 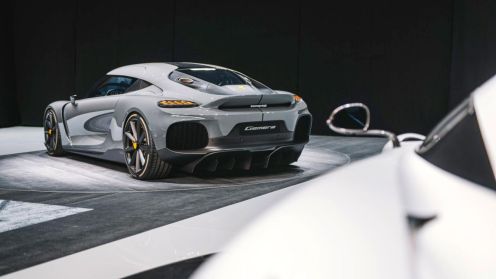 As we had reported earlier, the Gemera is powered by a 2.0-liter, twin-turbo, 3-cylinder engine that produces 600 hp. The engine, along with an electric motor powers the front axle, while another electric motor drives the rear axle. The combined output is 1700 hp and 2581 lb-ft (3500 Nm) of torque. It has torque vectoring on both axles as well as 4-wheel steering for improved cornering performance. 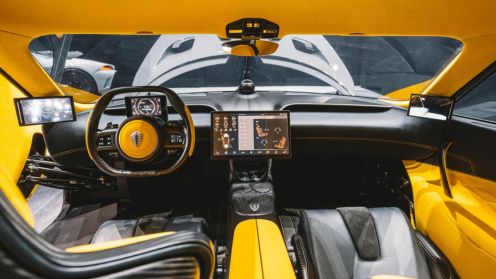 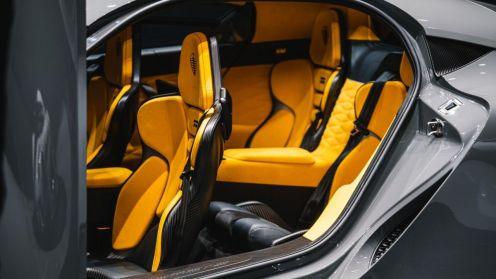 Speaking of performance, the Gemera will do 0-62 mph in just 1.9 seconds!

Moreover, the engine can run on renewable bio fuel. As a result, the car can be CO2 neutral. Koenigsegg claims that the Gemera has a maximum range of 1000 km.

Thanks to carbon fiber construction, the Gemera weighs just 1880 kg. Apparently, the car is 30% lighter than a pure electric car.