Koenigsegg had announced the Agera Final Edition to commemorate the end of the model’s production run. Out of the three FE cars, the first car known as the One of 1 was unveiled more than two years ago at the Geneva Motor Show. Since then, we had been waiting for the other two cars to make an appearance. The Agera Thor, named after the hammer-wielding Norse God and Agera Vader mark the end of the Agera line.

The car will be delivered this week to Dan (Instagram: dan_am_i), the collector based in Southern California, who stood second on our list of “The 5 Coolest American Supercar Owners on Instagram” .The exterior of the Agera Thor is finished in grey carbon with carbon fiber wheels, black brake calipers, a large shark-fin atop the rear decklid and a rear wing that is larger than the one seen on the Agera RS. This is not the only Koenigsegg that Dan owns. He has the Agera RS Draken as well as the world’s first Regera hypercar in his garage. 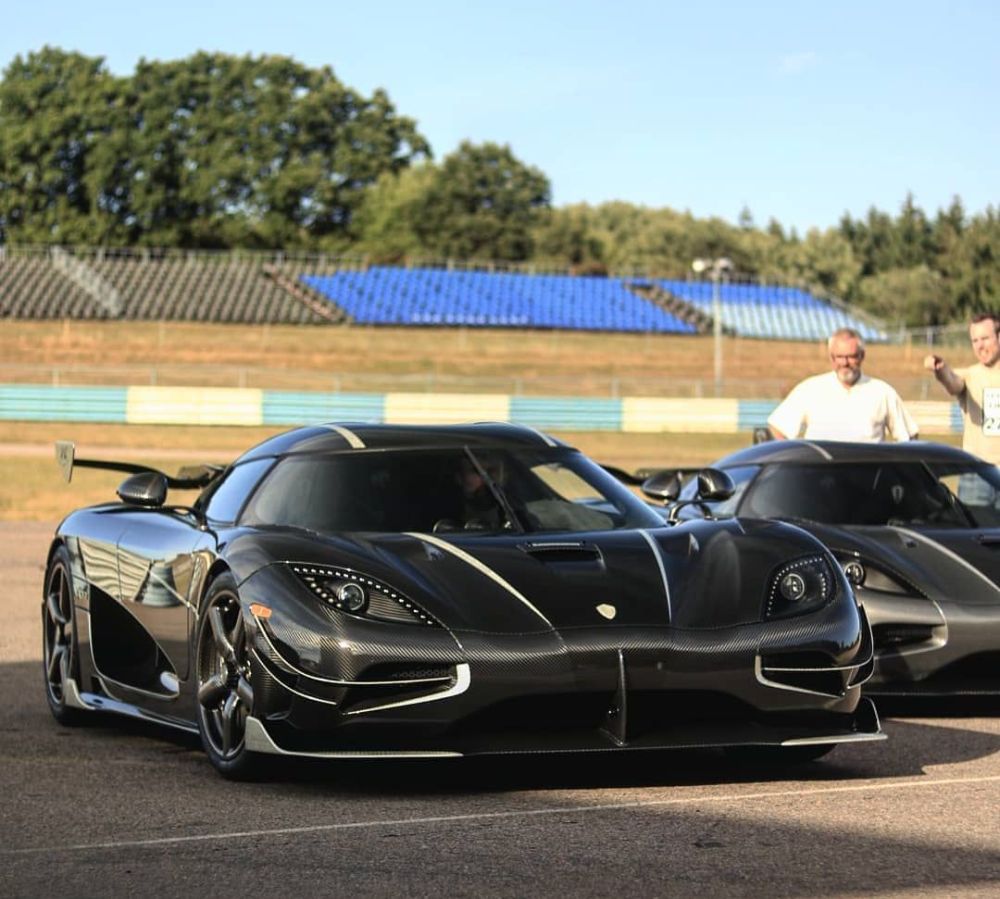 The Agera Vader is owned by another American supercar collector named Marc Haddad (Instagram: x_marc_the_spot). The Vader is finished in a darker shade of grey carbon and like the Thor, has white stripes and decals complementing the exterior color. Instead of a shark-fin, the Vader features a roof scoop. Both Final Edition Ageras feature a twin-turbo 5.0-liter V8 from the One:1 that produces 1360 horsepower and 1011 lb-ft of torque.

The Koenigsegg Agera made its debut at 2011 Geneva Motor Show. Koenigsegg later developed more variations of the car including the Agera R, One:1 and the Agera RS. In November 2017, the Agera RS became the world’s fastest production car, with a GPS-verified two-way average top speed of 277.9 mph (447 km/h) and a fastest straight-line speed of 284.55 mph (458 km/h).

As much as we are going to miss the Agera, we can’t wait to see the Agera successor.