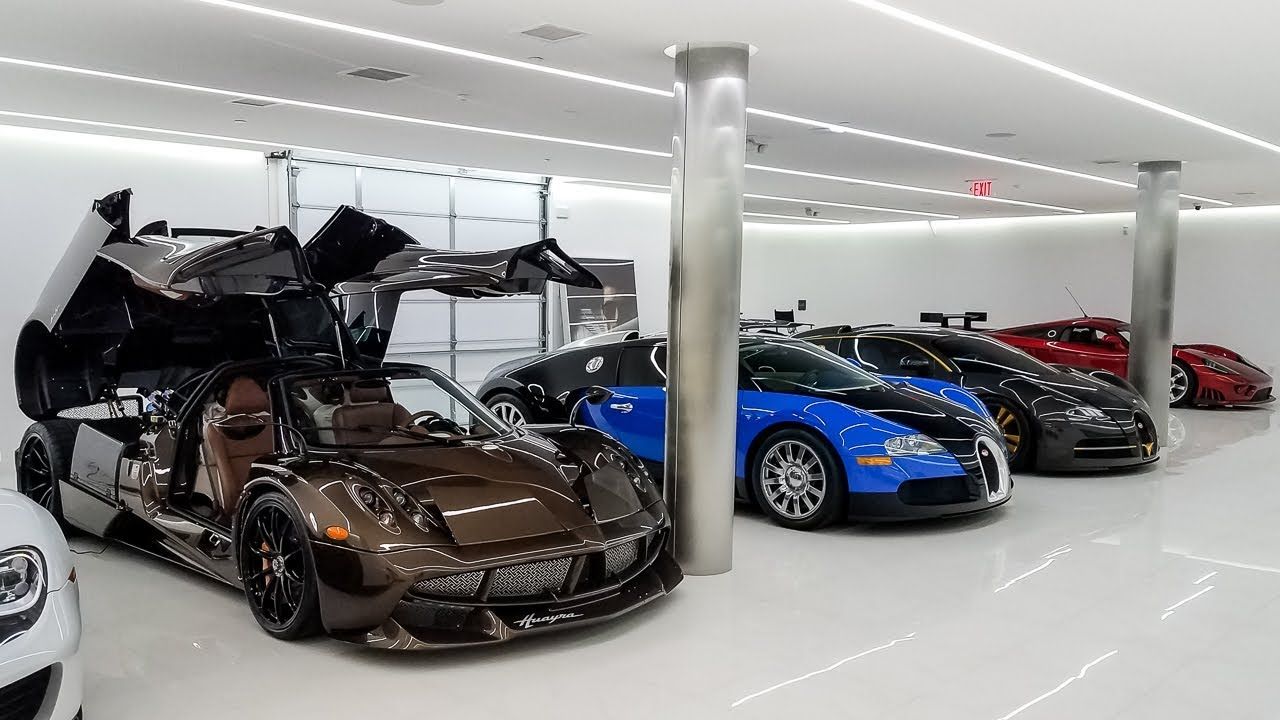 You know you are a crazy supercar owner when you order a hypercar with actual moon dust in its paint. That’s what Kris Singh, more popularly known as @Lamborghiniks is doing with his upcoming Aston Martin Valkyrie. Singh also owns a Koenigsegg Agera XS painted in a special hue called Karosserie Orange.

As his Instagram username suggests, Kris Singh has a special affinity to Lamborghinis. He was the first person to bring a Lamborghini Veneno to America and also has a special Lamborghini color named after him called Verde Singh. His Aventador SV Roadster and Aventador 50th Anniversary Roadster are finished in this exact color. Kris Singh was also one of the first persons to spec a special edition Pagani Huayra called the La Monza Lisa. If you live around Miami, Florida, you would spot one of this supercars as he usually drives them daily. The only place in the world where you will find more Ferraris than Mr. David Lee’s Garage is the Ferrari factory. Aside from all 5 generations of Ferrari’s flagship offerings (except the LaFerrari Aperta), David Lee owns a slew of classic Ferrari supercars including the 1965 275 GTB/4, 1966 330 GTS, a restored Monza 3.6 Evo Dino and the very rare 1964 250 GT Lusso Competizione. But, arguably the most special car in David Lee’s garage has to be Michael Schumacher’s Formula 1 car.

Mr. David Lee is based in Los Angeles and you can frequently see a Ferrari parked outside Hing Wa Lee Jewelers in Walnut, CA. Lee also organizes a monthly ‘Cars and Chronos’ event which draws a myriad of other supercars from the area. Other than Ferraris, Lee owns a vintage Porsche Speedster, two Rolls-Royces and the famous Huayra 730S which he renamed to Huayra Da-Vinci after acquiring it from Salomondrin, another famous supercar owner and Youtuber from Los Angeles. Remember the red Agera RS which broke the production car world record? That car was owned by Mr. Roger Beit, an investment company owner who goes by @Sparky18888 on Instagram. Apparently, he himself asked Koenigsegg to use his car for the record attempt.

On his Instagram, you will find videos of him traveling the world with his supercars. The Pagani Huayra ‘The King’ is probably the most popular car in his fleet. Other days, he drives around in his hypercars around his “Castle” in Glastonbury, Connecticut along with his son who goes by @VTM_theking_4 on Instagram. Dan owns the largest collection of Paganis in America which includes the Zonda Cinque Coupe and Roadster, Zonda Tricolore, Huayra coupe and a Huayra BC. He probably has a Huayra Roadster and Huayra BC Roadster on order as well. Some of the other supercars in his collection include a Lamborghini Centenario, Bugatti Veyron and a Chiron.

Dan is also the first person in the world to take delivery of a Koenigsegg Regera. He also owns a one-off Agera RS Draken. Dan recently helped organize a charity event called Cars N Copters at Huntingon Beach, CA, which turned out to be the biggest supercar meet ever seen in America. Manny Khoshbin has to be one of the coolest supercar owners in America. He is a real estate businessman based in Newport Beach, CA and owns an expansive collection of modern supercars. While watching his carbon and gold hypercars is mesmerizing in itself, his lessons on life and motivation to succeed comes as a bonus when you follow him. He has more than 700k followers on Instagram.

His jaw-dropping collection is set to grow as he has a McLaren BP23, McLaren Senna, Bugatti Chiron, Mercedes-AMG Project One, Porsche 911 GT2 RS and a 911 GT3 RS on order.