It’s bizarre because the car has been completely redone to be driven backwards. The driver is seated facing the back of the car. Even the engine is in the boot.

This Subaru Impreza WRX STi is going to be a complicated movie car to explain as well as to sell. Remember Kingsman: The Secret Service? That gem of a spy-thriller which was a delightful R-rated love letter to the James Bond movies from the Connery and Moore era? How about that movie which Taron Egerton is famous for, instead of the recent landslide of a Robinhood reboot that we got to watch last week?

Are we on the same page? Good. Because the Subaru Impreza WRX STi which was used to film one of Egsy’s pre-Kingsman antics through the streetlight-lit streets of London is for sale on eBay now. It’ll cost you a barely £ 6,000 (£ 5,950 to be exact) and that’s probably the deal of the century if you are in the market looking for movie cars. 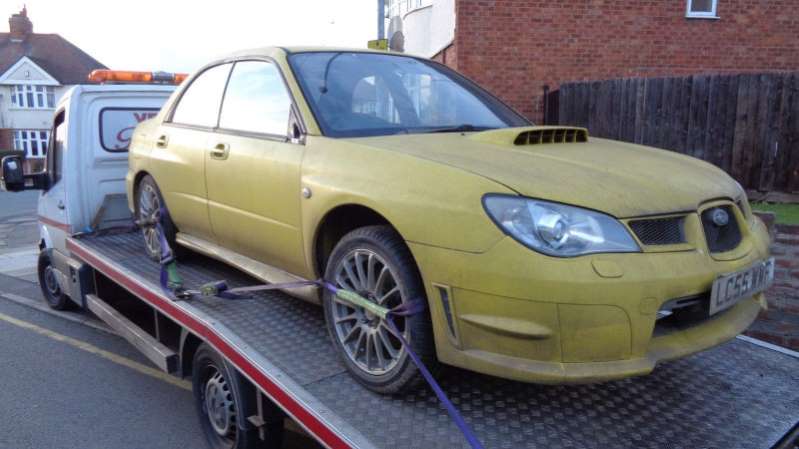 The yellow Subaru Impreza WRX STi looks pretty straightforward at first glance. Sure, it does have a worn-out and battle-damaged air around it. It was a stunt car after all.

Pop the hood or even open the doors and the whole scenario turns upside down. “Backwards” would have been the right term here as the car was put through a major surgery as part of the filming. Specifically made to shoot a portion of the chase sequence – which you can see in the video below – this car was re-engineered and rebuilt inside out for the sole purpose of going backwards and that too really fast. The builders literally took the body off the frame and welded it back on to chassis facing the opposite direction. 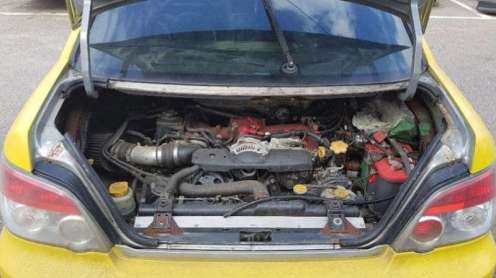 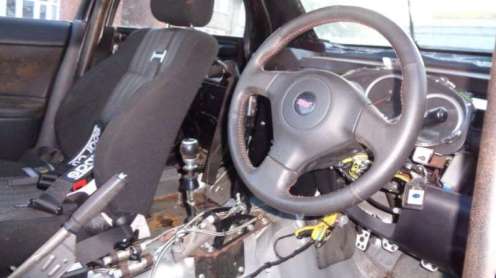 So the engine ended up being in the boot, the driver now faces the back of the car with the real steering assembly, shifter, pedals, and handbrake relocated to where the rear passenger should have been. There is also a non-functional steering, dashboard and shifter setup, plus a “driver’s seat” for Taron to sit and “drive” for the cameras. All of that faces the front of the car, which is now the back. See, it is complicated.

Other details which the buyer may be interested in; the car doesn’t start with the key (but can be bump-started), the engine has been modified and there is a roll-cage in place. The seller has marked Northampton, United Kingdom as the current location of the stunt car.