Coming soon to SEMA and then to Amazon Prime!

Take a look at the Hoonitruck – the tire shredder which Ken Block will pilot in Gymkhana 10. It’s a Ford F-150 truck from the 1970s, with a 900 hp, Le Mans-winning Ford GT engine under its hood.

You’ll soon see Ken Block in a Gymkhana video, destroying rubber, creating more smoke than a factory chimney, and most likely headed in the camera guy’s direction – sideways. We’ve got the first look of the pair of wheels that he’ll be driving in that video – the Hoonitruck. 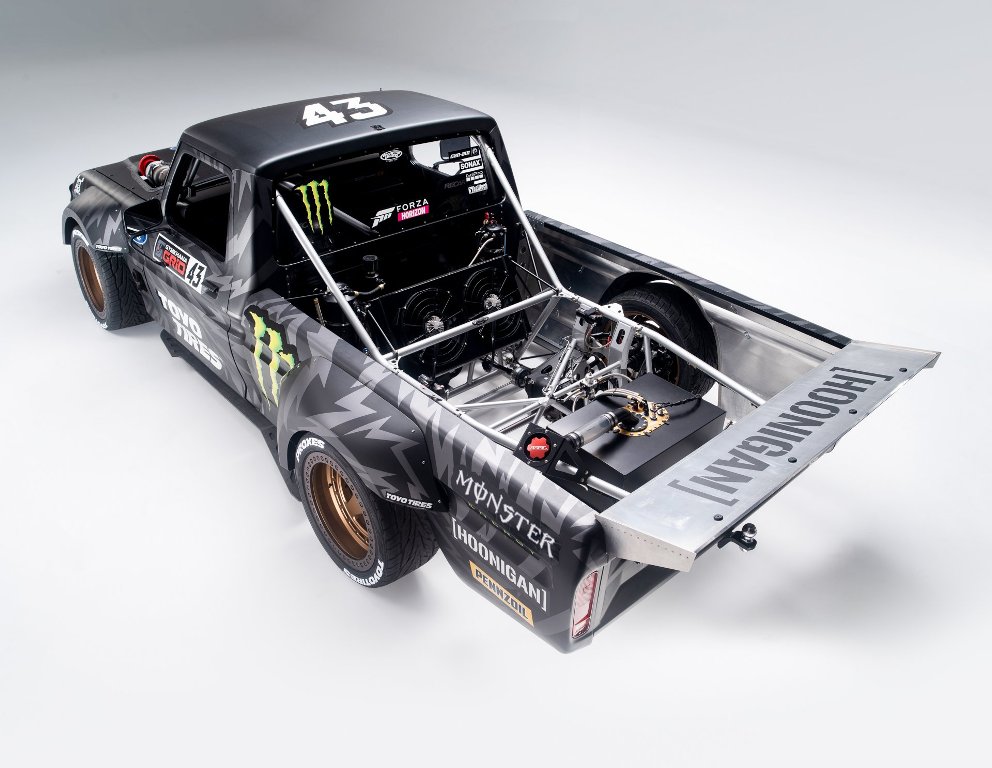 Based on a 1970s Ford F-150 pickup truck, the Hoonitruck has got enough ammunition under its hood to put many supercars to shame. A 914 hp EcoBoost V6 engine, borrowed from a Le Mans-winning Ford GT race car can be found sitting comfortably in the engine bay.

Power from the twin-turbocharged unit is directed to all four wheels by a Sadev 6-speed gearbox. Mr. Block can gladly go about his tire-slaying ways around whatever landscape or cityscape that he deems fit. Hand-shaped aluminum body panels and that rear wing will make him look great while he mercilessly kills tires in Gymkhana 10. 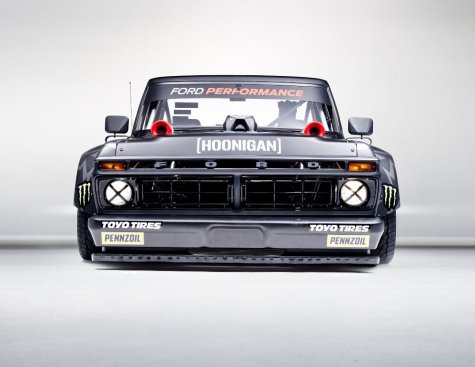 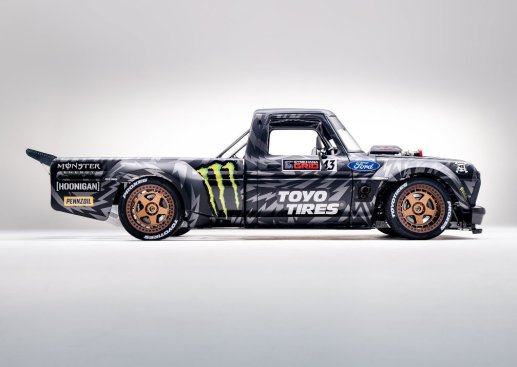 Watch the video below to check out what the mad men at Hoonigan have to say about Ken Block’s Hoonitruck.

While many of us continue to stay loyal to the Hoonicorn, the 1977 Ford F-150-based Hoonitruck is close to Ken Block’s heart. Apparently, he learnt to drive on his dad’s 77 Ford F-150. So there is an emotional attachment in the equation.

The Hoonitruck will be making its debut at the upcoming SEMA show at Las Vegas, showing off those giant turbos sticking out through the hood. You’ll find it kissing the floor with its underbody, because of the slammed-down stance.

This vehicle will definitely challenge Ken Block as it is much larger than anything he has ever driven in a Gymkhana video. We know what you are thinking. When will we see this monster in action? Come December 7, the next Gymkhana 10 will be arriving on Amazon Prime.