A former F1 driver and a bloody fast hot hatch – the combination of Jenson Button and the Honda Civic Type R resulted in a FWD production car lap record at the Mount Panorama Circuit in Bathurst.

There are no questions on how skilled Jenson Button is as an F1 driver and the 2009 world champion was roped in by Honda for the special task on Easter weekend. He was assigned the job of piloting a Honda Civic Type R hot hatch on the Mount Panorama Circuit in Bathurst, Australia. The ex-Formula 1 driver didn’t disappoint at all, handing over the Type R with the lap record for the fastest FWD production car around the race track. 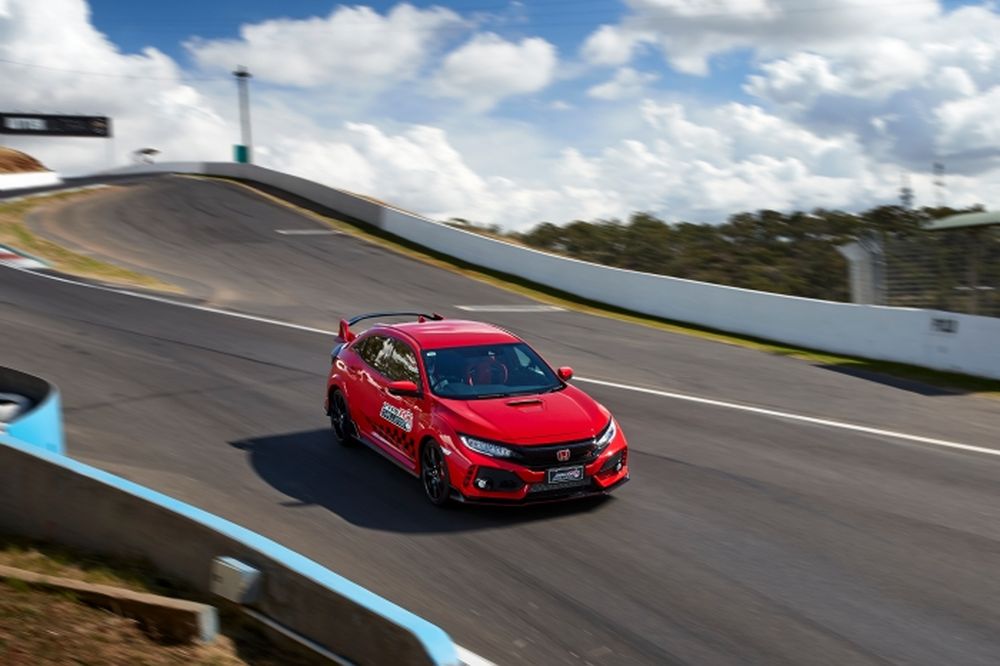 You can watch how it all went down in the video shared by Honda Australia on their YouTube channel. The British driver has pushed the Type R to the edge around every corner of the famous circuit to bring home the title. The 3.9-mile-long track has 23 corners to wrestle with and the difference between the lowest and highest points is a staggering 174 meters.

The former F1 World Champion had to work for his paycheck – one hour in the morning and ten minutes in the afternoon. 14 laps were completed in total and one of them turned out to be the best with a time of 2:35.207. Button isn’t new to the track as he already holds the unofficial lap record of 1:48.8 lap time set in a Formula One car in 2011.

The Mount Panorama Circuit in Bathurst is the most iconic race track in Australia and with their celebrated brand ambassador at the wheel of one of their most popular performance cars, Honda has clearly made it to the front page with the latest installment of the Type R Challenge.