Here’s another leaked image of the Valkyrie. This one comes courtesy of @redaelli_associati.

This image gives us a better look at what appears to be the final production-spec Valkyrie. From concept to production car, the Valkyrie hasn’t changed much. The 3-piece front splitter though is definitely new. It has F1-style barge boards and a rather complex floor. Also notice the roof scoop and the rear spoiler that appears to have an actuator in the centre. We suspect that the Valkyrie might have an F1-inspired drag reduction system (DRS). 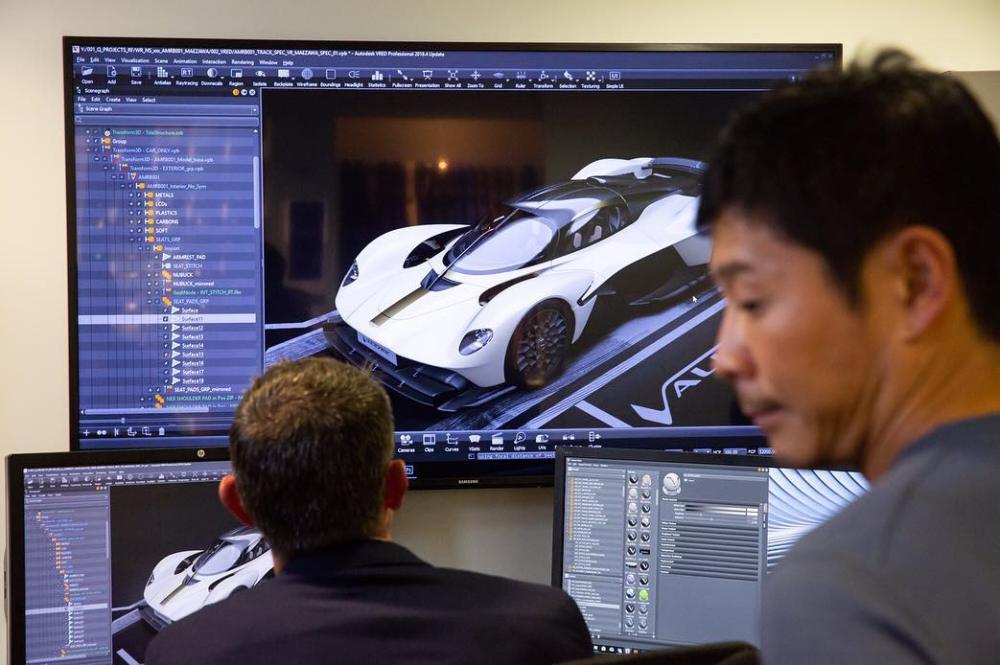 Yusaku Maezawa – the founder of ZOZO, who will be riding a SpaceX rocket to the Moon has shared an image of the Aston Martin Valkyrie on his Instagram.

The image shows a person working on the Valkyrie in a 3D rendering software. The car appears to be slightly different to what we have seen so far. Perhaps, it’s the final production-spec of Valkyrie. The car features triangular headlamps and a double splitter. It has a spoiler at the back and a new alloy wheel design.

Also, the spec on this Valkyrie looks interesting. It is finished in white with bare carbon for contrast and has a gold stripe on the front clam shell. Are we looking at Maezawa’s spec here?

The Aston Martin Valkyrie will be powered by a 6.5-liter, naturally aspirated V12 engine assisted by electric motors for a combined output of over 1000 hp. The internal combustion engine has been developed by Cosworth. In a recent teaser video released by Aston Martin, we got to hear the V12 engine at full chat.

We have learned that Aston Martin plans to showcase the first working prototype of the hotter Valkyrie AMR Pro at the 2019 Le Mans 24 Hours.