The Pagani Zonda was launched in 1999 and production was set to end in 2009 with the Cinque. But, 10 years later, one-off Zondas are still coming out of San Cesario sul Panaro. It looks like the Huayra will continue this tradition. We were expecting the Huayra’s production to end with the upcoming BC Roadster but a set of spy shots of a new camouflaged Huayra suggest that this might not be the case. 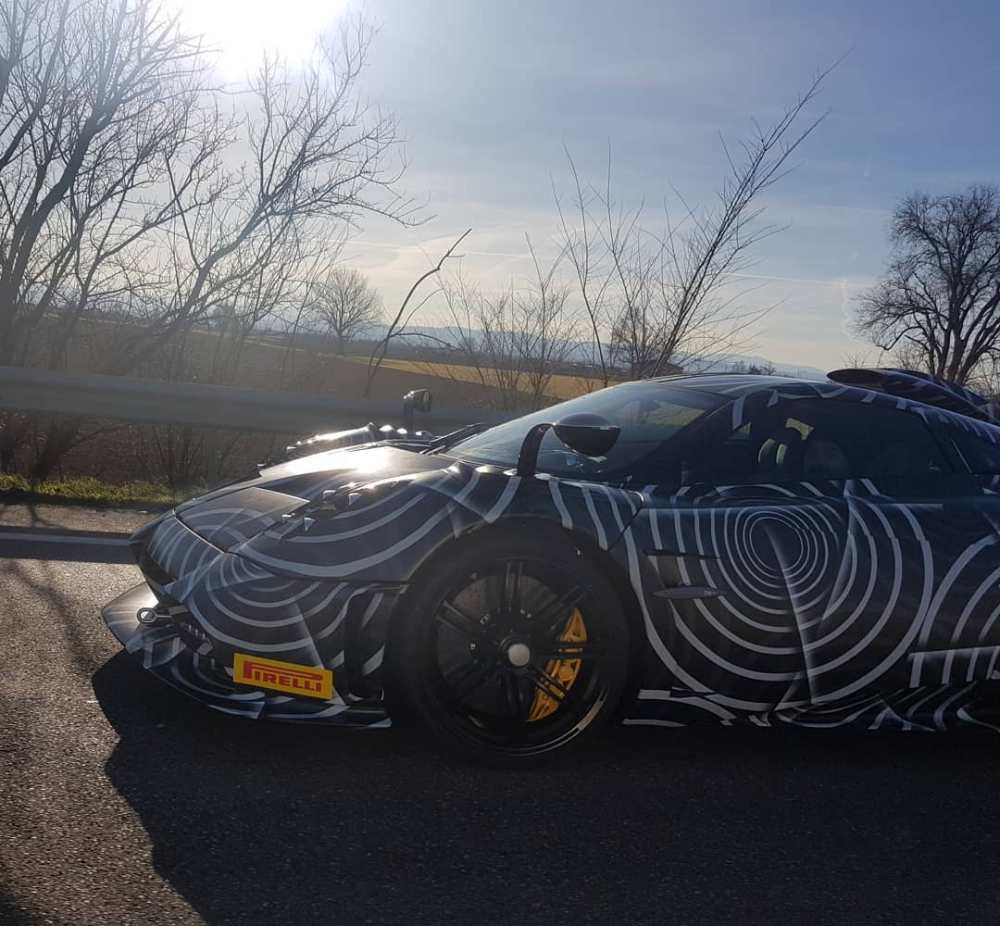 Judging by looks alone, the camouflaged car seems to be even more extreme than the Huayra BC. The rear features a Zonda Cinque style roof scoop and a prominent shark fin that extends to the large rear wing. There is also a larger carbon fiber diffuser with a huge central tunnel and a set of new fins on the side. The front seems largely identical to the BC and so does the large rear wing.

There are a number of possibilities as to what this new car could be. While it is likely that the car is another variation of the Huayra, it’s more plausible that it’s an even more extreme, track focused BC built for customers who desire even more performance out of their limited edition hypercar.

Pagani fans who are dreading to see a new Pagani model need not fret as Horacio has himself confirmed that his company is working on a new supercar which would enter production in 2020. Now, when exactly we will see the new car is still a mystery. We were expecting to see it at the 2019 Geneva Motor Show but looks like 2019 is reserved for the reveal of the Huayra BC Roadster and this new extreme hypercar.