A couple of days after a LaFerrari got wrecked in Beverly Hills, another supercar suffered the hard fate. A Lamborghini Huracan Performante Spyder caught fire on Friday evening in Boston, Massachusetts. The incident happened at the intersection of Boylston and Dartmouth streets near the Boston Public Library. At around 5:50 p.m., firefighters responded to a 911 call and extinguished the fire. It isn’t known if a passenger was riding alongside the driver but no injuries have been reported.

The cause of the fire is still unknown but it may have started in the engine compartment. As if the damage caused by the fire wasn’t enough, the firefighters had to cut out the entire rear bodywork to locate the cause of the fire and prevent it from restarting. While the damage on the LaFerrari seemed reparable, we can’t say the same about the Performante Spyder, which is a shame considering the beautiful matte black and red spec on the car.

It is also interesting how people respond to such situations. Lot of people gathered around the car to film the incident, most of them seemingly amused, making jokes like “this is why I didn’t buy a Lamborghini”. You can also see a cyclist getting too close to the burning Performante to take a photo. 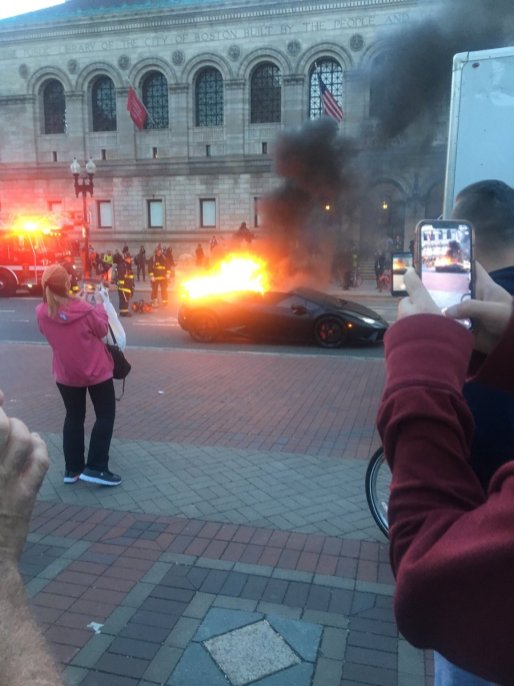 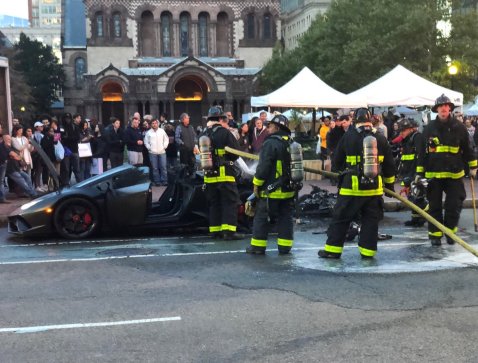 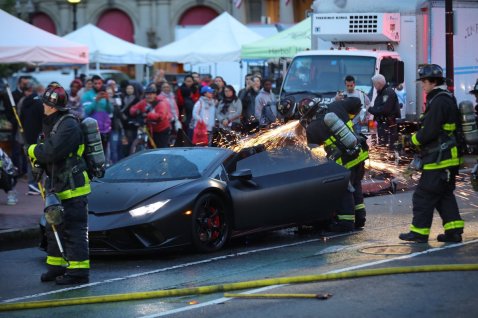