Honda unveiled two unique versions of the Honda Civic Type R hot hatch at the 2019 SMMT Test Day held at Millbrook Proving Ground in Bedfordshire. Our pick is the OveRland!

The 2019 SMMT Test Day held at Millbrook Proving Ground in Bedfordshire, UK played the role of host to two special one-off cars based on the Honda Civic Type R. Between the track-focused and off-roader builds, our vote easily goes to the lifted “Rally Raid” inspired Type R – the OveRland. 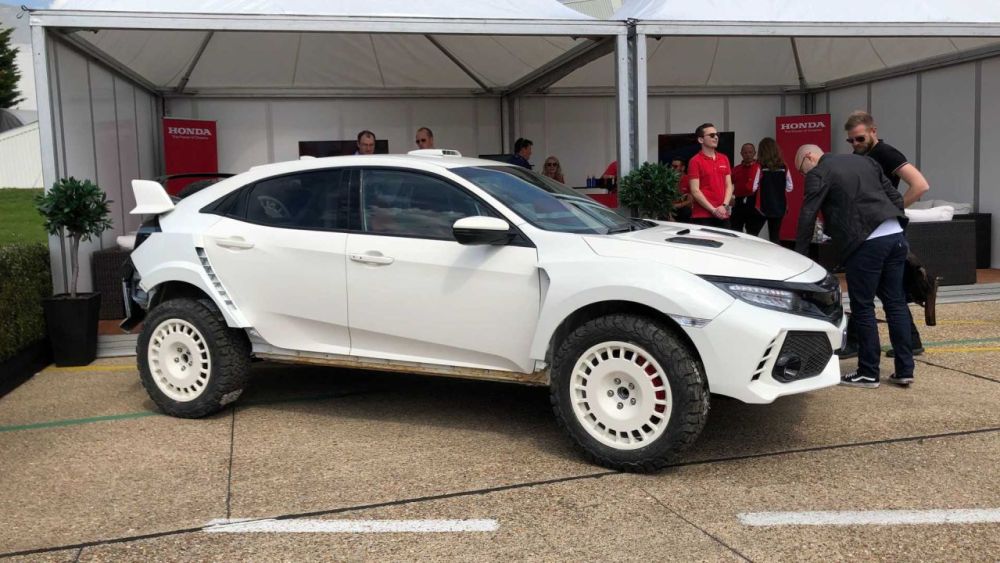 Developed by Ralph Hosier Engineering, the Civic Type OveRland is a hardcore rally car beneath the shell of the Civic Type R hot hatch. Still in the development phase, the actual build will be completed in a few weeks.

The raised suspension, off-road tires wrapped around rally-derived lightweight wheels and the Championship White exterior color ready to get dirty lends the OveRland a clear Rally Raid machine look. We’d love to see this one getting airborne while getting thrashed around a proper rally stage. 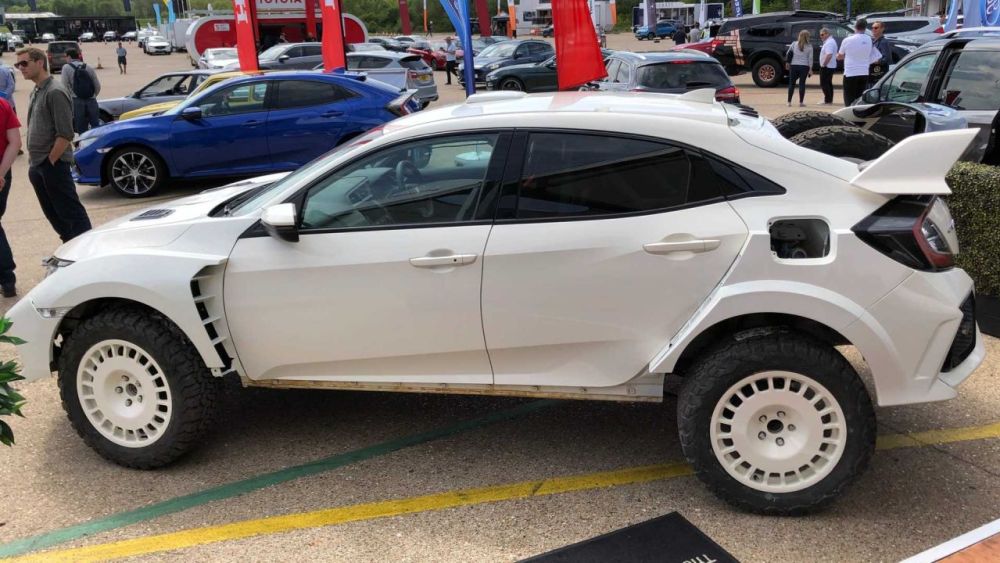 Let’s shift to the track-focused build from Team Dynamics Motorsport – the crew behind Honda’s British Touring Car Team. The concept can be referred to as the best version of the Honda Civic Type R hot hatch. A 25 percent improvement in performance has been brought forth by modifications in ECU, induction system, intercooler, sports cat, and exhaust. The top speed has risen to 175 mph. Aiding the modifications is a revised suspension setup which contributes to better handling and manners on the track.

Power and torque have benefitted from the tuning as the engine now churns out 400 hp and 368 lb-ft. That’s a significant increase from the 306 hp and 295 lb-ft output of the standard Type R. Regardless of all the modifications, this concept is still street-legal.