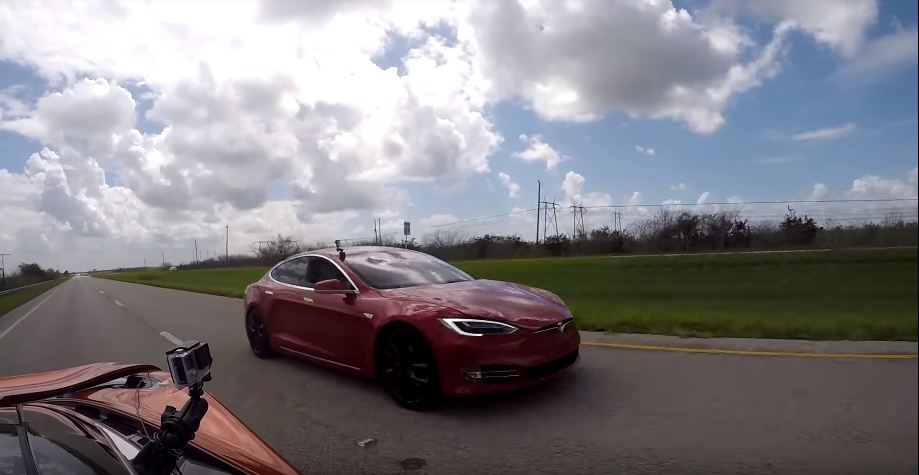 So, finally there is a supercar that can defeat a Tesla Model S P100D in a drag race and it is none other than the McLaren 720S.

Just last week we saw the Tesla Model S annihilate the very best supercars in Motor Trend’s World’s Greatest Drag Race 7. We also saw a 720S doing a half mile run faster than a Bugatti Veyron. So, a close fight between these two extremely different cars was certainly expected. But, as you can see in the video the 720S just demolished the Tesla. The four-door two tonne saloon got its lead from the standing start but then the 720S caught up and passed the electric car with relative ease.

The P100D is extremely difficult to defeat in a quarter mile. It is even faster than the V12-powered Aventador SV and the turbocharged Ferrari 488 GTB. The 720S defeating the Tesla in a drag race shows how extremely well engineered  the McLaren is. It also proves that the 720S is will annihilate the Ferrari and the Lamborghini in a straight line.

Brooks from the Dragtimes channel has promised to pit the 720S against the 918 Spyder in his next video. We seriously have no idea which car will win this one. Place your bets.