Will Hennessey Venom F5 be able to breach the 300 mph mark?

Hennessey just revealed what we were waiting for since the Venom F5 was revealed in November last year. John Hennessey has told Automobile that the company is planning to go for the top speed run as soon as early next year. While production will start on the Venom F5 in late 2019, the tuner is building one car first to use for the top-speed run.

“That’s our big, hairy, audacious goal. When we accomplish one goal, we look for the next mountain to climb, and so the real big mountain for us was to design, develop, and build our own bespoke car,” Hennessey said. “We’ve been doing this for 27-28 years. We’re known for going fast, and I was like, Okay. We beat Bugatti back in 2014 with the Venom GT. What’s the next big number? What’s the next big goal to go for?” 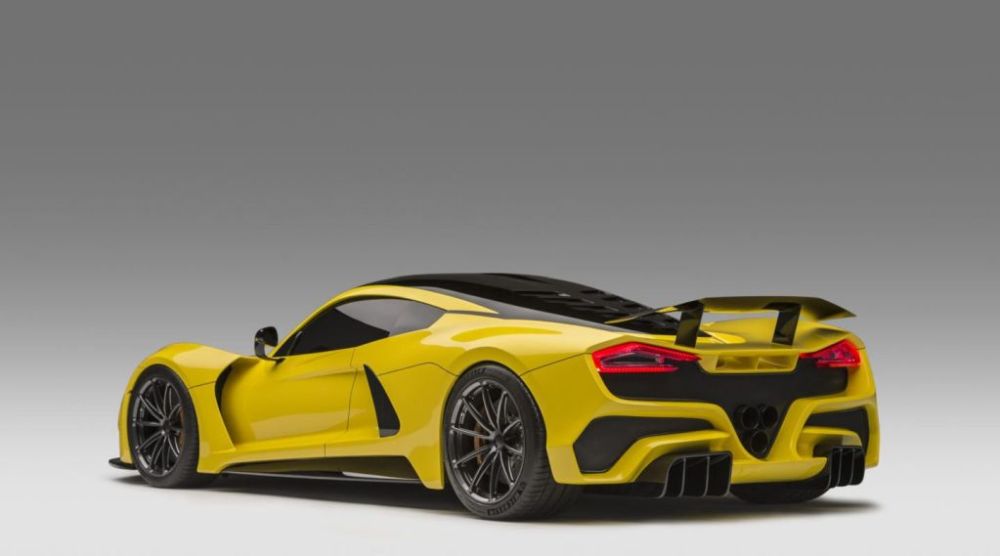 The Venom F5 will have a bespoke bi-turbocharged 8.0-liter V8 engine producing 1,600 horsepower and 1,300 pound-feet of torque. Hennessey claims that the Venom F5 will weigh under 3,000 pounds and will have a drag coefficient of 0.33. While, the Venom GT was built on top of a Lotus chassis, the F5 is brand new and built from scratch. It features a carbon-fiber tub, traction control and adjustable suspension but does not have active aerodynamics as most modern supercars. Hennessey says two additional turbos would be enough to help it achieve the 300 mph goal.

Pulling this project off would require a lot of talented people in the automotive engineering space. When asked who was the designer behind the new supercar, John Hennessey wasn’t too keen to disclose his name. “You would know his name. There’s a car within your eyesight right now that he’s designed. He’s done work with other major brands. He wants to remain anonymous, but he’s one of the best in the world.”

It also isn’t clear where the company is planning to perform the speed run. Perhaps, it will be the Space Shuttle landing runway at NASA’s Kennedy Space Center in Florida where the Venom GT reached 270 mph.

We cant wait to see Hennessey pull off this incredible feat and become the first production car to go 300 mph.