Hennessey Performance has revealed the production-spec Venom F5 – the American hypercar that is out to challenge the mighty Bugatti Chiron Super Sport 300+.

The Venom F5 is powered by a 6.6-liter, twin-turbocharged V8 engine that develops 1817 hp @  8000 rpm and 1,193 lb-ft @ 5000 rpm. The engine is hooked up to a semi-automatic single-clutch transmission that drives the rear wheels. That’s a pretty conventional setup.

The car is based on a carbon monocoque and weighs a mere 1360 kg, which means it has a power-to-weight ratio of 1298 hp per ton! 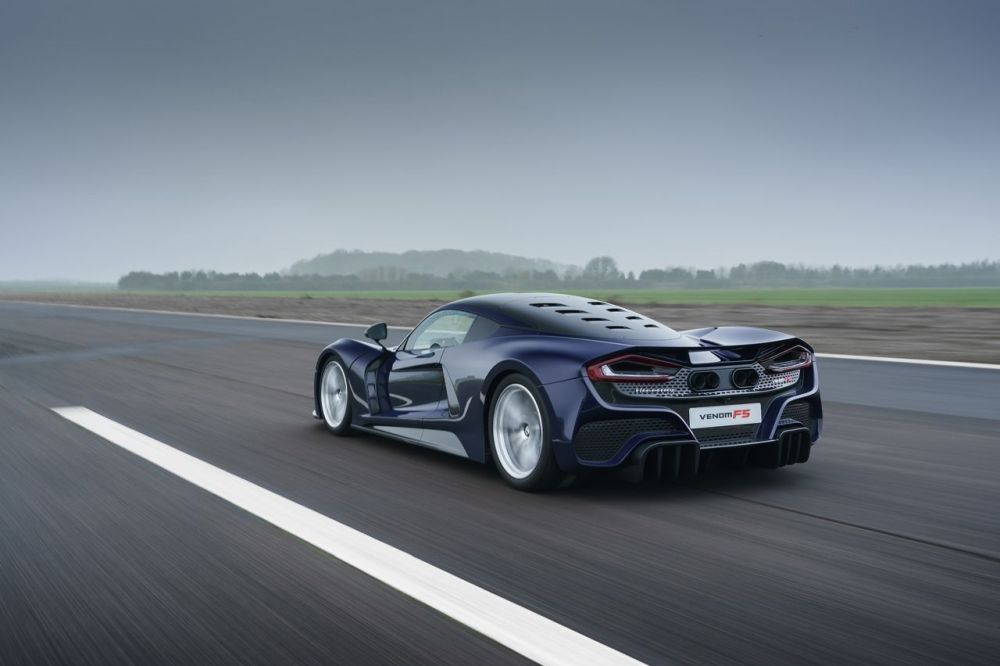 Hennessey claims that the Venom F5 will do 0-62 mph in 2.6 seconds. 0-124 mph comes up in 4.7 seconds, while 249 mph comes in just 15.5 seconds. While the acceleration is pretty brisk, the car’s headline figure is its top speed. F5 aims to exceed 311 mph on a two-way validated speed run. We can’t wait to see it attempt to set the new top speed record.

If you’ve been following past developments, the Venom F5 was first unveiled at SEMA 2017. Since then, the car has gone through a few evolutionary changes. The body is designed to achieve the lowest possible drag. The interior is designed along the lines of an aircraft cockpit. The steering wheel is inspired by an F1 car’s steering wheel and houses most of the switchgear. The car has five driving modes – Sport, Wet, Drag, Track, and F5, which can also be selected using a switch on the steering wheel.

If you wish to own a hypercar that could potentially set a new top speed record in the near future, it will set you back a cool $2.1 million.