Hennessey Performance is often associated with turbocharged or supercharged V8 monsters. However, the Texas-based company is now moving into EVs.

We were quite apprehensive when John Hennessey announced his plans to build an electric car. That was until a few moments later when he revealed the initial design sketch of Project Deepspace.

The Project Deepspace will be Hennessey’s first electric hypercar and an extremely unconventional one. It features 6-wheel-drive and can seat four people. The car is almost 20 feet in length and has a teardrop-shaped cabin. 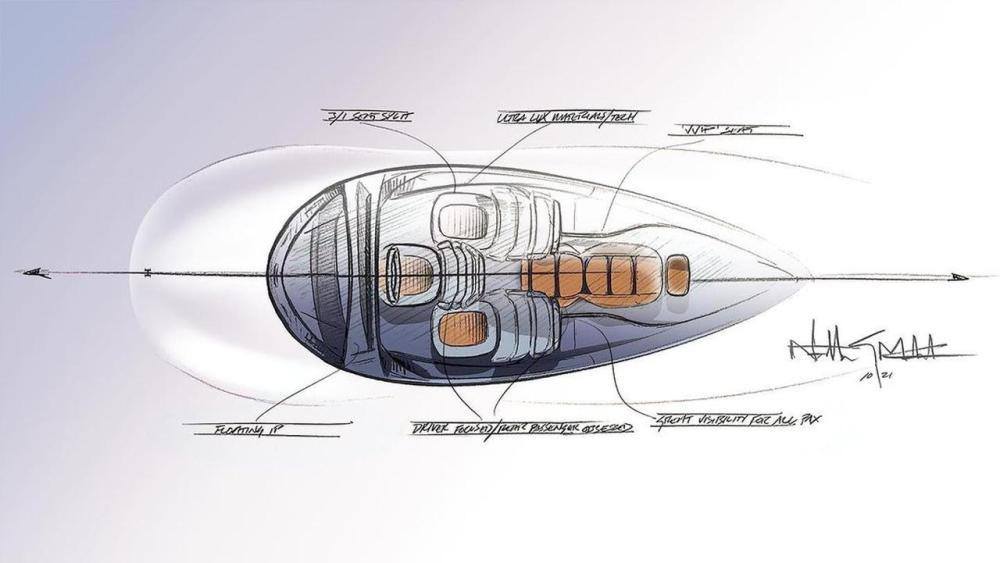 The seating layout is pretty unique too. The driver sits in the centre just like in a McLaren Speedtail. Then, there are two seats in the second row, while a “zero gravity VVIP seat” is positioned at the back. Ingress and egress shouldn’t be much of an issue as the Deepspace comes with the largest gullwing door ever fitted to a road car.

Project Deepspace is an all-electric hyper-GT. It uses six electric motors with an estimated output of over 2500 hp. Hennessey claims that it will be the world’s quickest accelerating electric 4-seater from 0-200 mph.

Hennessey plans to build 105 units of this frankly insane electric hypercar with a sticker price of $3 million. Production is set to commence in 2026.

They say, “everything’s bigger in Texas”. Well, there you have it.