Every now and then, startup companies attempt to build a supercar business. But, less than a handful are able to make their name. Gumpert is one such company. The German supercar company established by former Audi engineer Roland Gumpert made its way with the Apollo. This supercar was extreme in every sense and provided a fierce competition to the likes of Pagani and Koenigsegg and other established supercar makers. In 2009, the Gumpert Apollo thrashed the Nurburgring lap record for production cars lapping the Green Hell in 7 minutes and 11.57 seconds.

The record breaking Apollo is now up for grabs at Springbok Sportwagen GmbH in Germany for €333,000 ($397,000). It sounds like a bargain given the significance of this example. It also hasn’t been used much, with the odometer reading just 5,792 miles.

The Apollo utilized an Audi built biturbo 4.2-liter V8 with a monstrous 691 horsepower – a number which is impressive even by today’s standards. All that Audi power is channeled to the rear wheels through a sequential gearbox to allow the 2,645-pound (1,200-kilogram) machine hit 60 mph (96 kph) in 3 seconds. Flat out, it will do 224 mph (360 kph).

The original Gumpert company might have closed down due to lack of financial backing but the Apollo will forever be remembered for its unique design, incredible noise and extreme performance. Contact the dealer now to own this piece of automotive history. 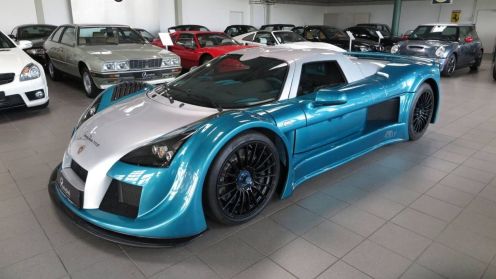 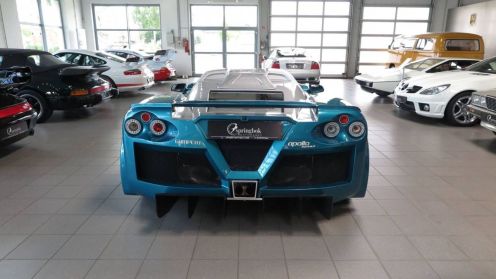 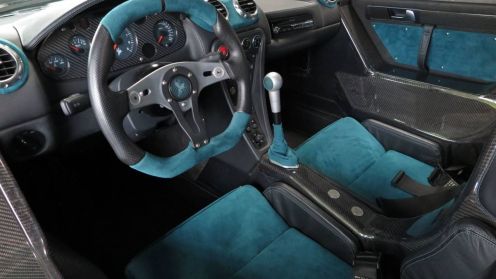 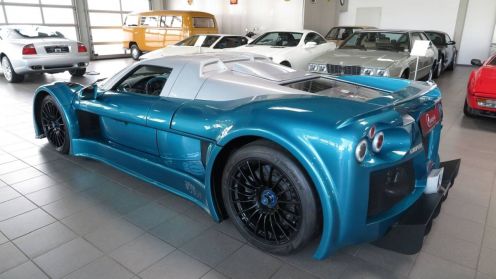 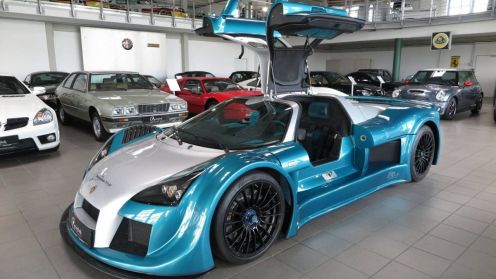 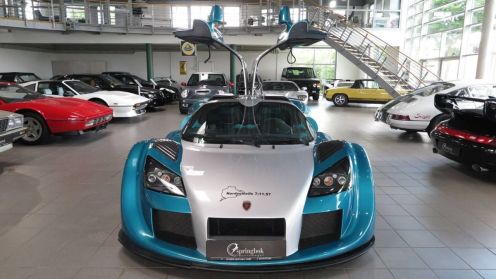