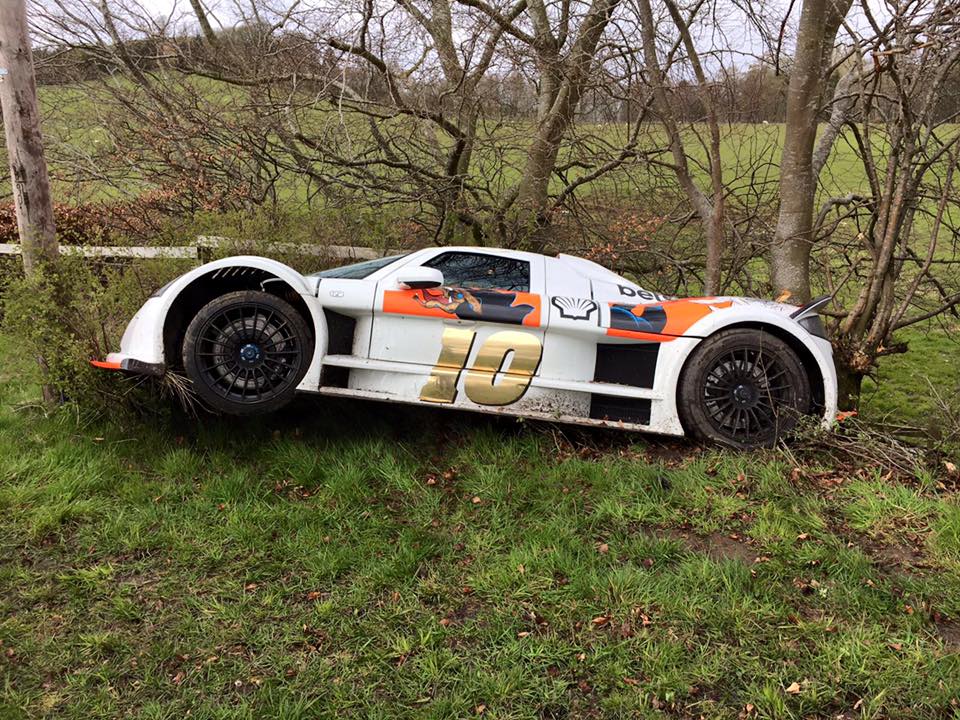 Gumball 3000 currently underway and as Gumballers start arriving in Manchester there are reports of an unfortunate crash involving a rally participant.

Team10’s Gumpert Apollo crashed on day two of the Gumball 3000 rally as the convoy made their way out of Scotland. Marchettino posted this image of the ill-fated Apollo that seems to have skidded off the tarmac and into the trees.

On the first leg of the rally, Gumballers drove out of Dublin and towards the ferry terminal. The weather has been rather dreary even on the other side of the Irish sea and the slippery Scottish roads seem to have taken their toll.