Does the spec on this Pagani Huayra Roadster BC seem familiar? That’s because there is a very special Zonda Cinque in the US with a similar spec. Both these cars would look so dope parked next to each other!

This Huayra Roadster BC landed at Pagani of Beverly Hills a few days ago. We’re not sure who owns it but the green and carbon exterior is similar to @Dan_am_i’s Zonda Cinque. Honestly, the spec suits the Huayra really well.

The Huayra Roadster BC was unveiled in 2019. Only 40 of these highly sought after hypercars exist and each one of them is unique. The car is powered by a 6.0-liter, twin-turbocharged V12 built by Mercedes-AMG. Updated turbochargers and other changes push the total output to 791 hp and 775 lb-ft. The engine is paired with a 7-speed single-clutch automatic transmission, which drives the rear wheels. 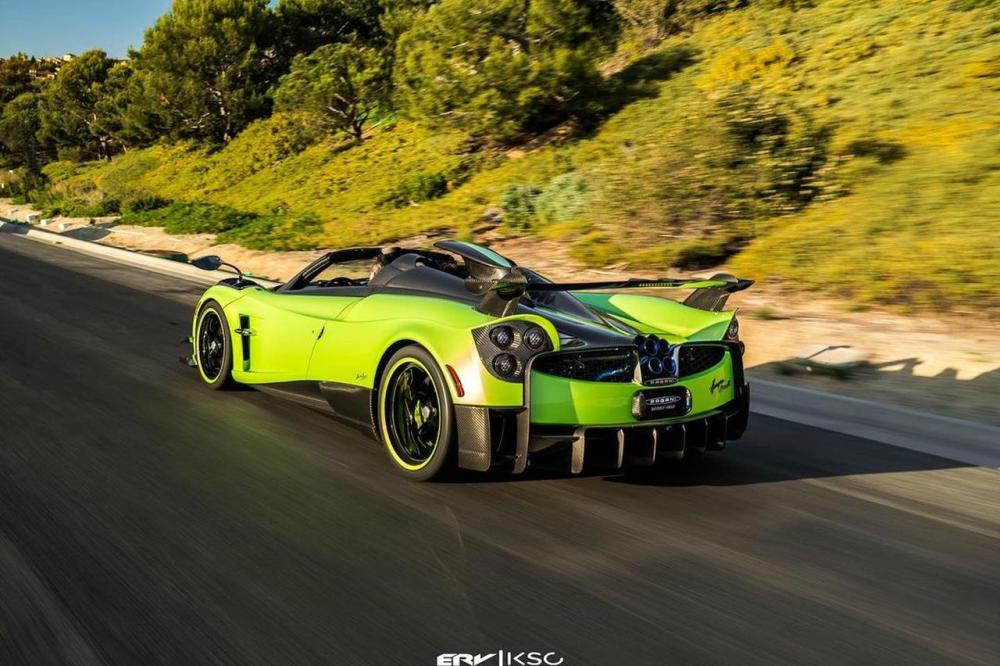 The aero package comprises of a front splitter, canards, rear wing and an F1-style blown diffuser. The car weighs just 1250 kg, which is 30 kg less than the standard Huayra Roadster.

What do you think of this spec? Let us know in the comments.