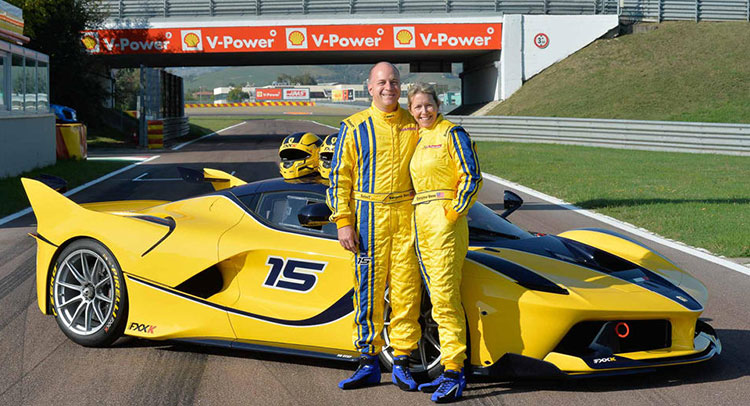 Ferrari has built a total of 32 LaFerrari FXXK supercars, out of which one has been sold to Google Vice President Benjamin Sloss. Like all good billionaire husbands out there, Benjamin bought this $2.5 million Ferrari track car for his wife as a birthday gift.

Now, Fiorano- Ferrari’s private test track is off limits to the general public and even if you happen to own a Ferrari supercar, it is highly unlikely they would allow you in. But, when you spend millions of dollars on the fastest, most powerful and highly exclusive Ferrari ever, they might just let you drive around the fabled track for about an hour.

Mr. and Mrs. Sloss are among the 32 lucky owners of the LaFerrari FXXK and also long time customers of the brand (Google VP also owns a 599XX and a LaFerrari) and that’s probably why Ferrari obliged to lend them Fiorano for an hour. The hour long track session in the LaFerrari FXXK is well documented in the following video.