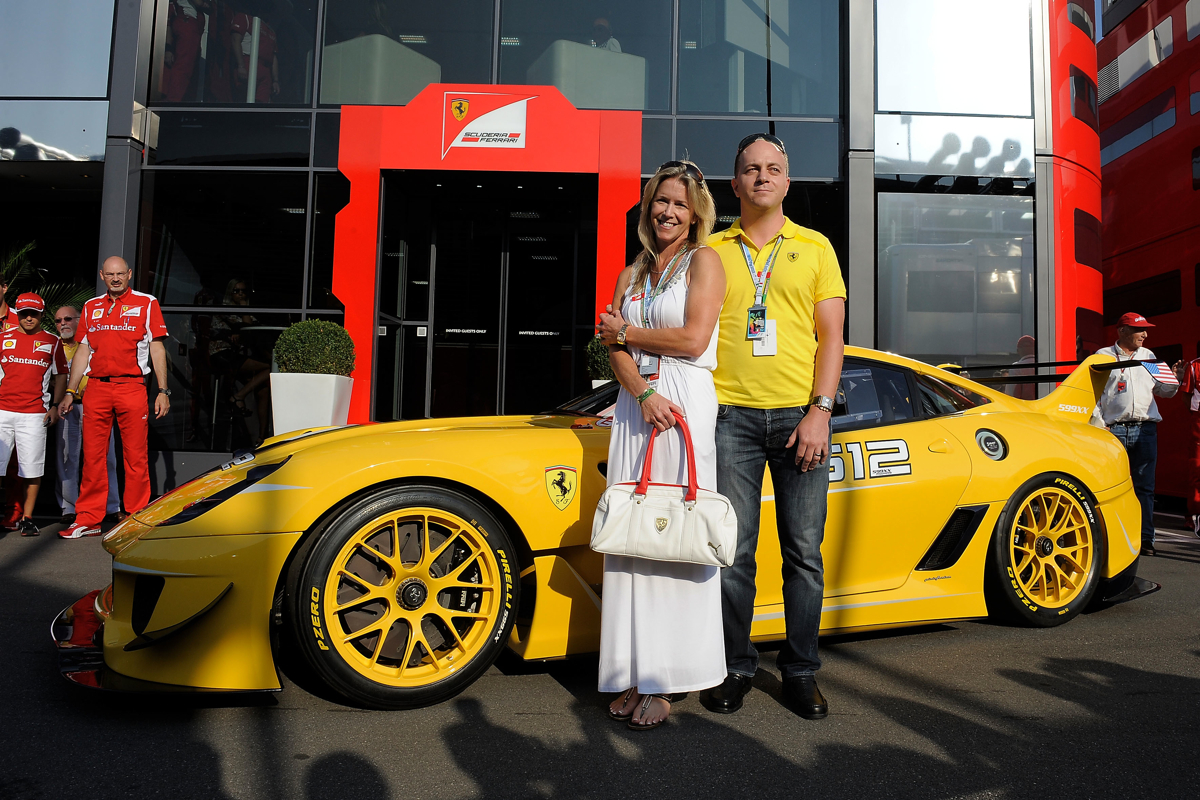 Right, so Ferrari has shown us what the new LaFerrari is capable of. It is technically a hybrid with 950 hp from a 6.3-liter V12 engine mated to an electric motor. That sounds perfectly fine in a world where a Bugatti Veyron SS puts down 1200 hp, while a Koenigsegg One:1 has 1361 hp. But, that’s not it. Ferrari has gone to town with the new LaFerrari FXXK. It is a 1050 hp track car that is built solely for the race track.

The highly exclusive LaFerrari FXXK costs around $2.5 million and Maranello is only building 32 of them. So, it does not comes cheap and even if you had the cash, Ferrari would probably not oblige to let you drive one, because you need to be in their good books. Anyway, one man who did get an invite was Google Vice President Benjamin Sloss, who is known to be a petrolhead and big fan of racing.

Ben also owns the Ferrari 599XX Evo which is one reason why Ferrari invited him to drive the new model. The LaFerrari FXXK was launched during a private event in Abu Dhabi. The car looks stunning with its numerous aerodynamic surfaces and then is the noise. The 6.3-liter naturally aspirated V12 screams as it revs to upwards of 8000 rpm. Mind you, it is still a damn hybrid!