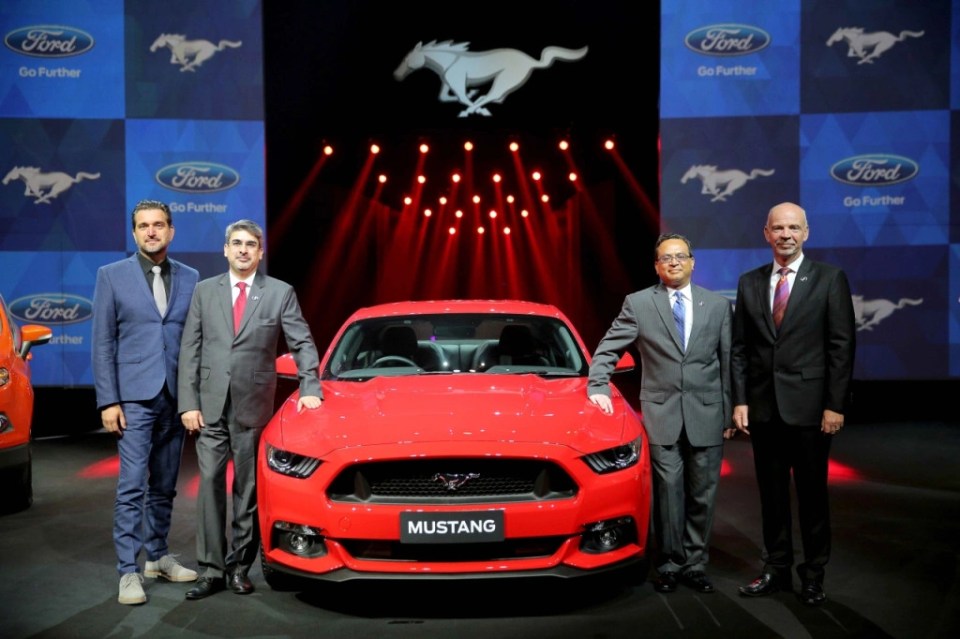 The iconic Ford Mustang will soon be available in India. That’s right, those who had the dream of owning a muscle car in India for all these years will soon be able to walk into a Ford dealership and purchase a brand spanking new Ford Mustang GT. It will be showcased at the upcoming 2016 Delhi Auto Expo followed by an official launch in the second quarter of this year.

I’ve got mixed feelings about the Mustang finally coming to India. It’s going to be a great year for car enthusiasts in India who finally get to experience the charm of an American icon. It is the sixth generation of the famous pony car but it is only now that Ford decided to offer it in right-hand drive which made it more viable for the Indian market.

Globally and even in the US, the Ford Mustang is an affordable alternative to sports cars from Europe. In India where majority of the car enthusiasts cannot afford a INR 1,000,000 ($14,600 approx) Fiat Punto Abarth, I don’t see their dreams of owning a proper sports car getting fulfilled anytime soon. Ford is yet to announce the price of the new Mustang in India but we expect it to be upwards of INR 5,000,000 ($73,300 approx)- that’s five times more than the Abarth and way beyond the reach of an average India petrolhead.

That said, I don’t have to blame anyone for the plight of enthusiast. It is just plain and simple economics at play. The Ford Mustang will be a direct overseas import which means a major chunk of its price will include various government taxes. Thus, putting it well beyond the reach of the enthusiast. Finally, it will be wealthy families with a lot of disposable income who would end up buying a Mustang in India. Mustang ownership will thus remain a dream for the majority.