You get both the old and the new Bullitts! And the $25k to pay for taxes!

Dream Giveaway is hosting an online raffle, the winner of which will get to own a 1968 restomod and a 2019 Ford Mustang Bullitt special edition. They will pay $25,000 to cover the taxes too.

In what can be termed the “Best Raffle of the Decade for Car Buffs”, Dream Giveaway is conducting an online raffle with not one, but two Bullitt themed Ford Mustangs as the reward. The 2018 Mustang Dream Giveaway raffle winner will be handed over the keys to a 1968 restomod Ford Mustang and a 2019 Ford Mustang Bullitt special edition. Yep, you get two cars if you win!

To ensure that the winner doesn’t have to bother about paying the hefty taxes that usually come with contest wins, Dream Giveaway is also giving away $25,000 to cover those expenses. Now that’s a raffle which anyone would love to be a part of!

One might expect the ticket prices to be astronomically high. But with a single ticket retailing for $3 and with packages ranging from 5 tickets for $10 to 7200 tickets for $5000, everyone out there has a fair chance to give their luck a shot. 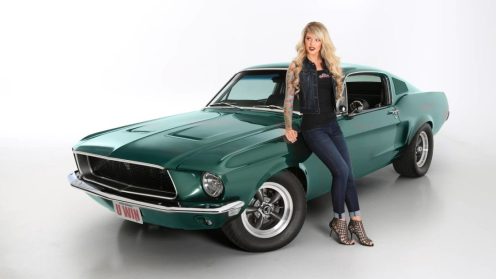 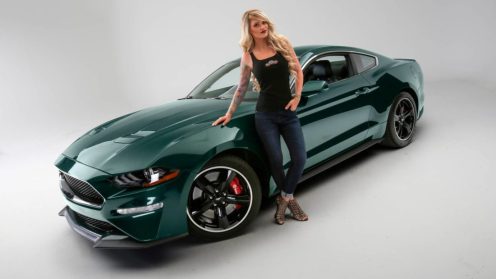 Our pick has to be the restomod Ford Mustang Bullitt. Classic 1960s Mustang’s ruggedly handsome looks, paired with modern day engineering. We have a winner there!

As for the cars, the 1968 restomod Ford Mustang is the one which we found to be the biggest draw. It cost around $150,000 to build this special Bullitt-themed Mustang. A 390 cubic inch Ford engine, 5-speed manual gearbox, dual four-barrel carbs and intake, custom dual exhaust, independent front suspension, adjustable billet coilovers, four-piston brakes, bucket seats, classic instrument cluster and vintage air-con wrap up the classic yet modern package.

The 2019 Ford Mustang Bullitt special edition has been a smash hit in the muscle car market, with 700 cars already being sold even before reaching the showrooms. This particular example comes with the optional $3800 Bullitt Technology Package and Magneride Damping System. The powerplant is the same 5.0-liter naturally-aspirated V8 which belts out 480 hp of power that can be harnessed through a 6-speed manual transmission, while comfortably seated on Recaro sport seats. Specially selected genuine Ford Performance parts have been installed to add more value and oomph to the package.

It’s been 50 years since the Bullitt movie released in theaters and the Steve McQueen flick has been regarded as one of the greatest car chase movies of all time. The green Ford Mustang driven by the leading man in that iconic chase through the streets of San Francisco has appeared in numerous lists as the most memorable movie car in cinematic history.