It's not a steal. But you should consider stealing just to buy this rare truck!

A super-rare Ford Hennessey VelociRaptor 6X6 has surfaced on eBay with a starting bid of $349,000. Alternatively, it can be bought right away at $375,000.

Hennessey Performance Engineering will be making only 50 copies of the Mercedes-Benz G63 AMG 6×6 destroyer – the Hennessey VelociRaptor 6X6. This is a capable machine which can take on any terrain that Mother Nature has in store for it. But eBay was not the place that we expected to see it for sale and that too being listed by Hennessey Performance itself.

The starting bid is $349,000 and there is an option to grab the truck straightaway at $375,000. Customization of the exterior and interior and bigger Brembo brakes are on offer at a premium. So what else does the buyer get for the supercar money that has to be shelled out to own this beast? 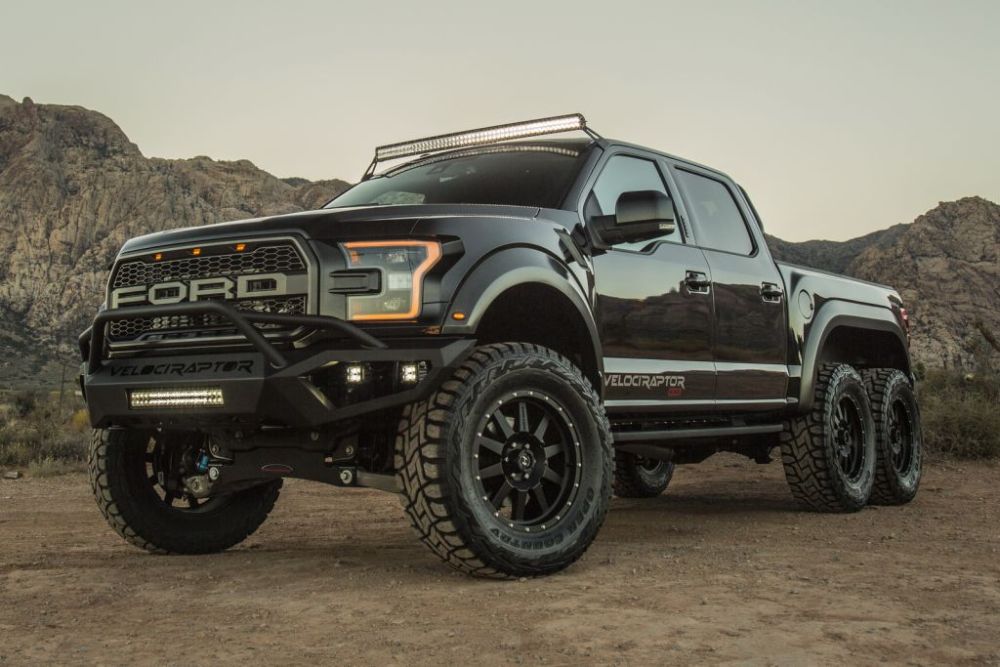 Based on the Ford Raptor Super Crew, the Hennessey VelociRaptor 6X6 has the same 3.5-liter EcoBoost V6 engine. However, HPE has been generous with the power output as the beefed-up truck now packs 600 horses. That’s a 150 hp bonus over the standard Ford F-150 Raptor in 4X4 guise. New turbos, front-mounted intercooler and revised ECU tune work towards achieving the significant boost in power.

Along with the 6X6 conversion, 7-inch lift and the 20-inch wheels shod with 37-inch off-road tires, the VelociRaptor 6X6 has all-new bumpers, LED lights and a custom exhaust. The truck listed for sale has 200 miles on the dials and this truck was originally built as a spec model which went on to steal the show at the 2017 SEMA Show.

Hennessey will deliver the 6X6 truck to the buyer by January 2019.