Hennessey VelociRaptor 6×6 is a Mercedes G63 AMG 6×6 rival from Texas.

Almost a year ago, we had our first look at the Hennessey VelociRaptor 6×6. The Texas-based tuner has now started production and the base price for one of these trucks is $349,000. Production has been limited to 50 units and each will take at least 11 months to build. 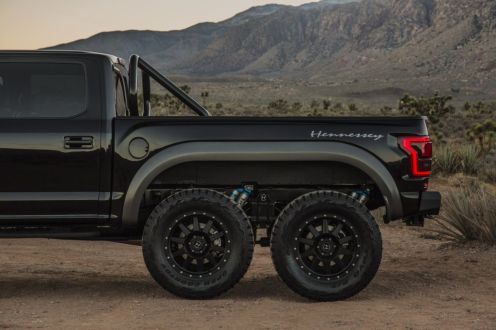 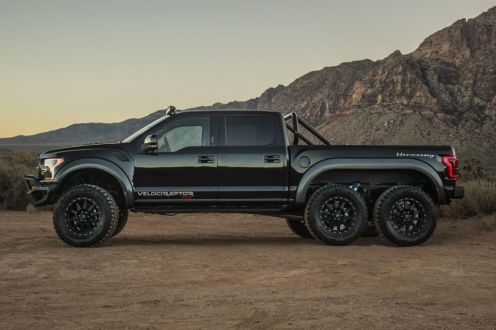 The VelociRaptor 6×6 is based on the 2017 Ford F150 Raptor, obviously. Hennessey has extended the rear of the truck and added a third axle. The standard F150 Raptor comes with a 3.5-litre EcoBoost engine. In the VelociRaptor 6×6, the twin-turbo engine has been tuned to produce 602 hp and 622 lb-ft of torque. To achieve this kind of performance, Hennessey has modified wastegates and given it a new intake, intercooler, exhaust and to top it off, a re-tuned ECU. Apparently, this behemoth will do 0-60 mph in 4.9 sec! 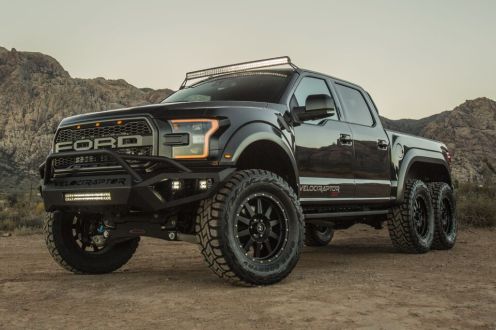 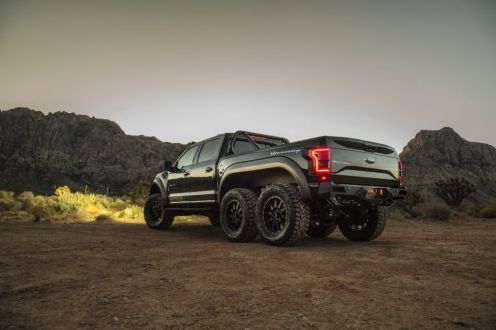 Hennessey has also given the VelociRaptor 6×6 bespoke suspension with three lockable differentials and 20-inch wheels. While the ride height has been raised compared to the standard Raptor, it hasn’t got the same ground clearance as the Mercedes G63 AMG 6×6 which comes with portal axles. Upgraded Brembo brakes with 6-piston calipers are optional and will set you back $22,000 over the base price of the truck.