Take a first look at the 2020 Aston Martin Vantage Roadster before it arrives in spring 2020.

Okay, let’s share our thoughts on the topless version of the Aston Martin Vantage. The first official images released by Aston Martin aren’t of the glamorous studio shot kind and that matte black finish isn’t doing anything at all to enhance the roadster’s looks. So we aren’t fans of Aston Martin Vantage Roadster, at least for now in its pre-production guise.

Hey, don’t draw the swords. The words are coming from ardent admirers of the coupe which by the way bears a close resemblance with the Aston Martin DB10 from SPECTRE. We just don’t like the Vantage with the top removed and the pre-production appearance isn’t helping as well. 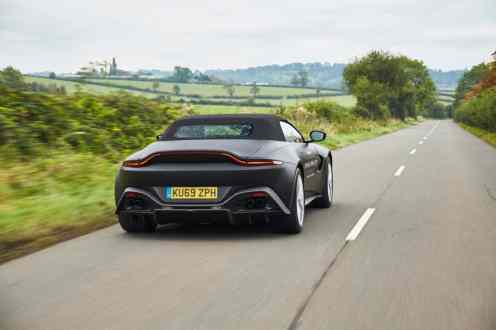 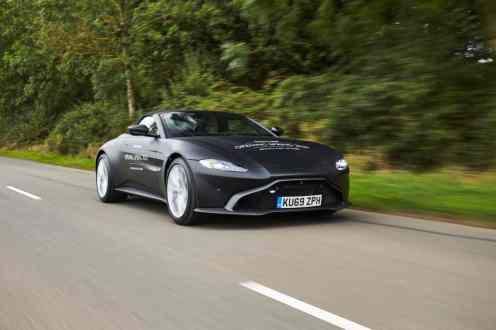 Anyway, setting opinions aside for a while, here is some info which has trickled out along with the British carmaker releasing the Vantage Roadster’s first set of official images. Aston Martin has not been generous at all though, keeping all the good stuff to themselves.

The design has been redone at the rear to accommodate the foldable fabric top and the fixed roll-bars. But care has been taken to retain the design elements which are unique to the Vantage – like that wafer-thin taillights, ducktail spoiler, and the rear bumpers. 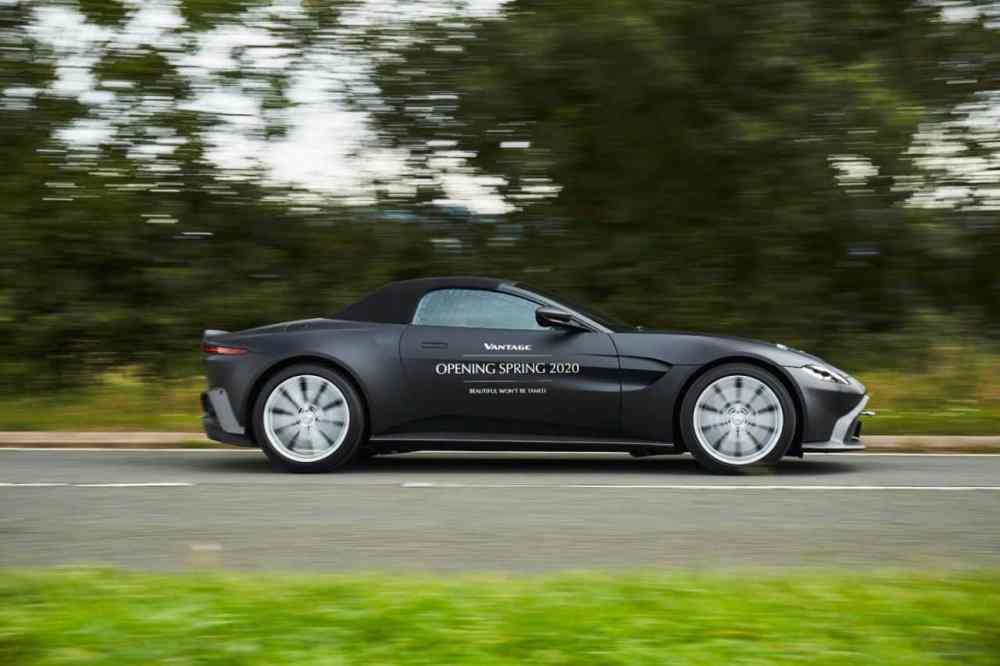 We don’t expect any major changes in the powertrain, with the AMG-sourced 503 hp twin-turbo 4.0-liter V8 most likely to be assigned to propel the Vantage Roadster. No complaints at all, since the motor is capable of shooting the coupe from 0-62 mph in 3.7 seconds. The roaster will be slightly slower there, which is usual when coupes are transformed into open-tops. A part of the blame can be shared by the extra weight which the Vantage Roadster will gain as part of the chassis strengthening.

Transmission duties will be taken care of by a ZF 8-speed automatic transmission. Maybe, just maybe Aston Martin will be treating us with a 7-speed manual gearbox which they have integrated into the Vantage AMR. But that won’t be on the plate when the 2020 Aston Martin Vantage Roadster gets launched in spring 2020.