The first Lamborghini Centenario to land on US soil has arrived at Lamborghini Newport Beach in California. It belongs to Instagram user @dan_am_i who took delivery of his supercar today.

The rare supercar of which just 20 exist all over the world was delivered to the dealership on a flat-bed a short while ago. The spec on America’s first Centenario is pretty sick to say the least. It is finished in bare carbon with blue highlights that really make it stand out. 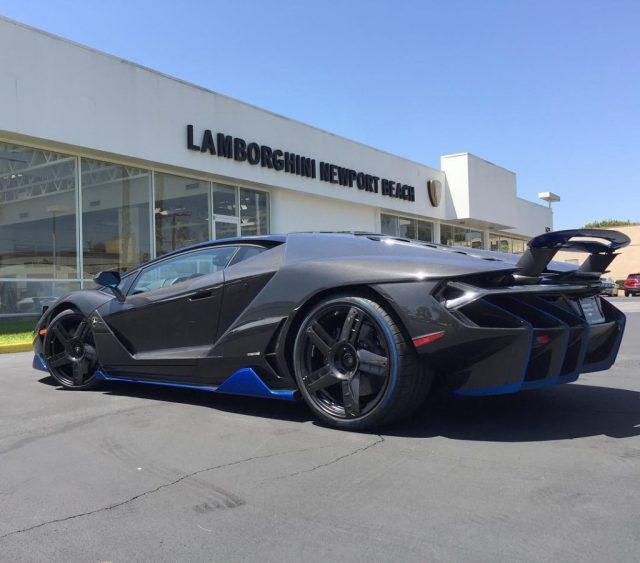 Lamborghini built the Centenario to commemorate it’s founder’s 100th birthday. It was first showcased at the 2016 Geneva Motor Show. A roadster version was later unveiled which is also limited to just 20 units.

Earlier this year, a UAE royal became the first person to take delivery of a Centenario. Later, a satin white example was spotted in Qatar which then seen trundling along the streets of Paris and London.

What are your thoughts on the spec on this Centenario? Let us know in the comments section below.