Bugatti recently conducted customer drives at the Paul Ricard circuit in France, where they could experience the Chiron Pur Sport and Chiron Super Sport.

Of course, as hypercar royalty was in town, it soon attracted a gang of supercar spotters. @supercarsco06 was among them, and he was able to capture some stunning shots of the cars. 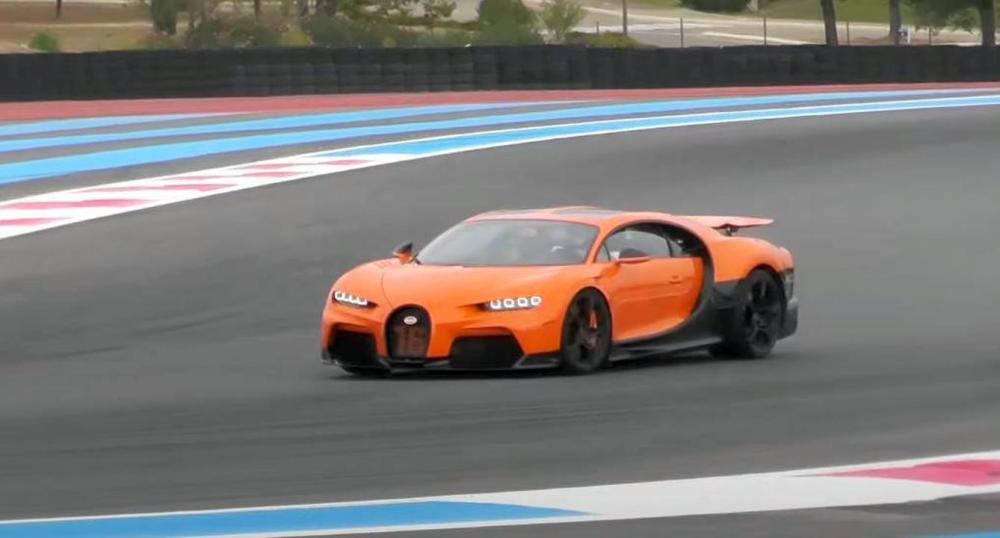 One of our favorite sequences is when the Pur Sport barrels down the main straight, spitting blue flames out of the exhaust (6:13). Now, we’ve seen a fire-breathing Chiron Pur Sport before. It was a grey example that was spotted at Hockenheim in Germany.

@supercarsco06 also captured a Chiron Super Sport sliding out of the last corner at Paul Ricard. It’s hard to tell if the Super Sport is nervous at the limit, given its low drag configuration. However, we think the oversteer was likely caused by an overenthusiastic driver.